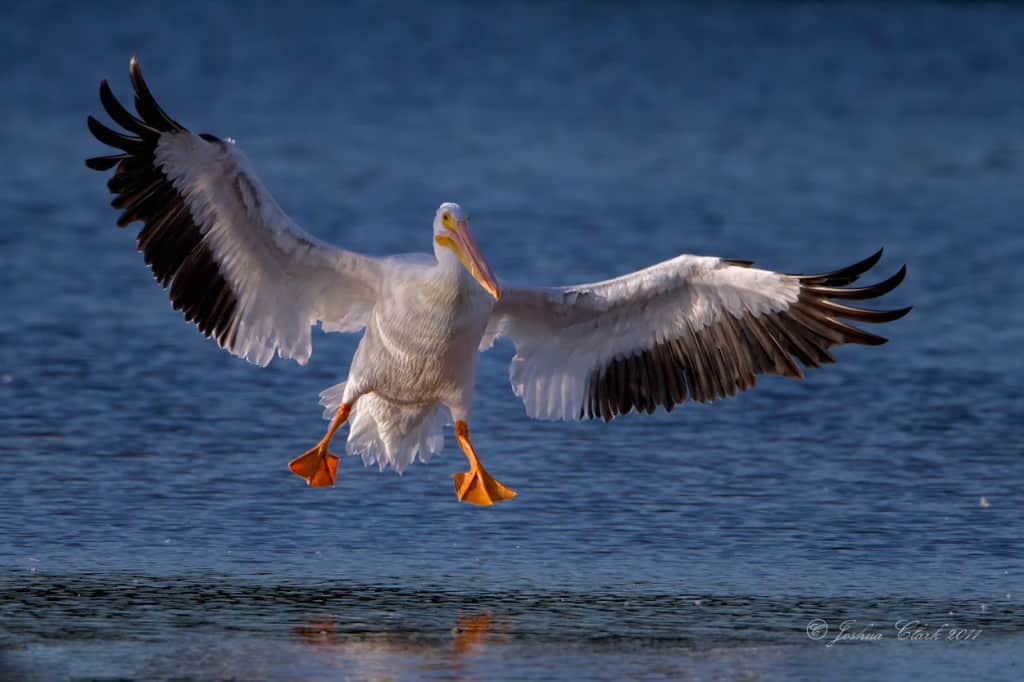 Officials from the U.S. Fish and Wildlife Service (FWS) are estimating that over 10,000 migrating birds have died so far this year because of reduced water flow to the Lower Klamath National Wildlife Refuge in Oregon and California. Officials say the final death toll may be close to 20,000 birds.

So far this year, the refuge has only received enough water to cover half its 30,000 acres of wetland marshes. That has forced the 2 million birds that migrate through the area, which is a key part of the Pacific Flyway for migrating birds, to congregate in much smaller spaces, thereby creating a climate much more favorable to spreading, quickly fatal, avian cholera. In order to reduce the further spread of the disease, volunteers have been dispatched to pick up carcasses of the dead birds and incinerate them in FWS furnaces.

The problem is that it has been a dry year and the U.S. Bureau of Reclamation (BOR) hasn’t allowed water into the refuge since December. BOR parcels out water for users, and their first priority for water that might go to the refuge is for endangered fish, followed by various tribal responsibilities, and then farming needs. Some experts say that the refuge could go dry in three months if water is not provided.

“The consequences to shutting off water to the Lower Klamath Refuge are enormous and unacceptable. We cannot continue to place wildlife at the bottom of the pecking order for so many things and not expect that at some point, we won’t face dire repercussions. Federal, state, and local officials need to come up with a plan that divides the water shortage compromises up more equitably,” said Dr. George Fenwick, President of American Bird Conservancy.

Established in 1908 along the northern border of California and the southern border of Oregon, the Lower Klamath Refuge was the nation’s first waterfowl refuge. This 53,600-acre refuge is a varied mix of shallow freshwater marshes, open water, grassy uplands, and croplands (that are managed to provide feeding, resting, nesting, and brood-rearing habitat for waterfowl and other water birds. Significant species of birds that use the reserve include the American White Pelican; White-faced Ibis; Snow, Ross’, and White-fronted Geese; Peregrine Falcon; Pintail; Gadwall; Canvasback; Western and Eared Grebe; Black Tern; and Tri-colored Blackbird. Snow Geese and Northern Pintails seem to be the hardest hit from the disease this year.

Historically, the Klamath Basin was dominated by approximately 185,000 acres of shallow lakes and freshwater marshes. In 1905, BOR initiated the Klamath Reclamation Project to convert the lakes and marshes of the Lower Klamath and Tule Lake areas to agricultural lands. As these wetlands receded, the reclaimed lands were opened to agricultural development and settlement. Today, less than 25% of the historic wetlands remain. To conserve much of the Basin’s remaining wetland habitat, six National Wildlife Refuges have been established; Lower Klamath, Tule Lake, and Clear Lake Refuges in California, and Bear Valley, Upper Klamath, and Klamath Marsh Refuges in southern Oregon. Prior to the changes in the wetlands, the area attracted peak fall concentrations of waterfowl over three times the current levels.