The bird family is one of the most beautiful wings of the Animal Kingdom – they can bewitch us with their pretty plumage, or enchant us with morning melodies.

But the natural world can also be cruel, and in order to survive in some challenging environments, some birds have had to develop adaptations and behaviours that evoke very different emotions in the hearts of humans.

Below, we give 13 such bird species their moment in the sun. Well, except for the Vampire Ground-finch. She’d rather stay in the shade, thank you very much.

If we have any small mammals, birds or toads in the audience, look away now. Famously, shrikes like to impale their prey on thorns, branches or barbed wire, a gruesome display that serves to keep the body steady so the bird can hack away at it with its powerful beak. Or, so it can save it for later – shrikes are known to keep ‘larders’ of impaled prey for when they feel peckish. Photo by Marek Szczepanek.

Penguins are all friendly and cuddly, right? Not this one! This devil-eyed bird is not only the smallest of the crested penguins but also the most aggressive. They have been seen fighting over fish, nesting locations and mating partners. Unfortunately, over the last 30 years their populations have been decreasing for reasons they can’t fight: changes in sea temperature and their incidental catch in fisheries are only some of the threats. Photo by Chantal Steyn.

These large flightless birds come with a fearsome reputation – they turn aggressive when threatened, and are one of just a handful of bird species known to have killed a human. Their powerful kicks are made all the more dangerous by the dagger-like spikes on its inner toes. However, the last recorded human death was 1926, so perhaps they should be more scared of us – BirdLife has listed the Southern Cassowary as Vulnerable, as their numbers have plummeted in the last 40 years due to habitat loss, hunting, collisions with motor vehicles and other factors. Photo by James Read.

With their hunched posture, bald heads and taste for freshly-deceased carrion, vultures carry common perceptions of death, decay and disease. But in truth, vultures are remarkably clean creatures – and in fact, because they are so swift in picking clean carcasses, they actually help control the spread of deadly diseases such as rabies or tuberculosis. Sadly, vultures are currently enduring the fastest bird decline on record – faster even than the Passenger Pigeon or Dodo. Read more on how you cansupport our work with vultures here. Photo by Ignacio Hernández.

This huge African stork is known to feed on carrion, garbage and if you’re not careful, your camera. TERRIFYING! Photo by Bence Mate/AGAMI. 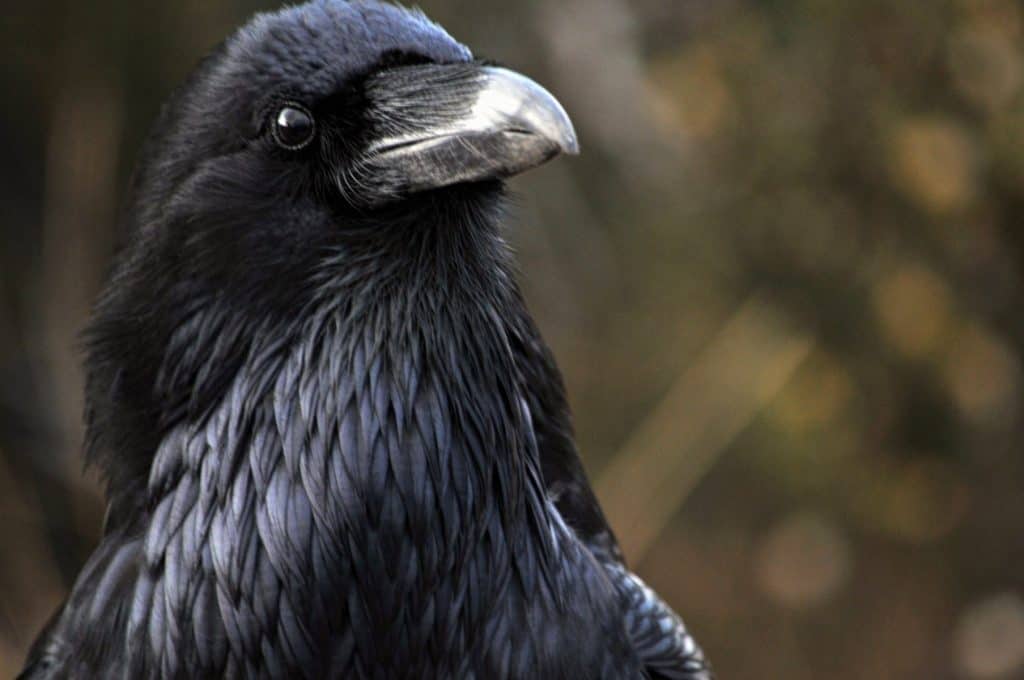 From Disney to Edgar Allen Poe, this burly, widespread crow has long been associated with dark omens. But it’s also one of the smartest animals around, capable of using tools and of logical thought, so if this species had any intention of overthrowing us, they would have done so by now. Photo by Linnaea Mallette.

Some say this bird has a loud and distinctive call that sounds like ”Go away! Go away!”. Yes,White-bellied Go-away-bird populations seem to be doing fine but they still need your love – now go away! Photo by Larsek.

Meet the potoos, a funny-looking family of birds that have become an internet sensation thanks to their hilarious expressions. However, sorry to spoil your Halloween party, their population is actually suspected to be in decline owing to ongoing habitat destruction in the Amazon. Photo by Rob Jarvis/AGAMI.

This enormous, distinctive stork-like bird stands deathly still in Africa’s swamps, waiting for an unwitting snack, such as a lungfish or baby crocodile, to swim within striking range. Once in its grasp, the Shoebill uses its strong clog-shaped bill to decapitate its prey. When it’s not giving everyone the silent treatment, it makes a call that sounds eerily like machine gun fire. Photo via Flickr.

Doesn’t look very scary to you? Maybe you want to try getting a little closer. This leaf-gobbling native of South America’s rainforests is also known as the ‘stink bird’, because it – uniquely amongst birds – shares a similar digestive system to cows. Unfortunately for the Hoatzin’s next-door neighbours, it also means it shares a similar smell to cow manure. Photo by Wikicommons.

Squid! Krill! Crustaceans! Seal carcasses! Penguin carcasses! Carcasses in general! Is there anything the Giant Petrel won’t eat? Don’t get too close to find out. Also known as the ‘Stinkpot’, this giant bird has a very unique defense mechanism: whenever it feels threatened, it will spit regurgitated food and oil at their opponent. Mad skills! Photo by Ray Buchheit/NOAA.

Aww, isn’t it cute? But this diminutive finch has a dark side – it likes to hop onto the back of Red-footed Boobies, peck at their skin until it becomes an open wound, and then drink their blood. This behaviour is only observed in populations on the remote Galapagos islands of Darwin and Wolf, and their macabre diet must be having some kind of effect, because it’s been proposed that these populations be split from their non-bloodthirsty brethren and made a separate, distinct species in the 2016 IUCN Red List. The name of this new bird? Appropriately, the Vampire Ground-finch. Photo by Charles Davies.

What, you thought you were getting through this list without at least one owl? Not a chance. One of the 34 species of Boobook in the world, the Near Threatened Chocolate Boobook is endemic to the Philippines. Like other owls, it feeds on insects, small mammals and reptiles. Like other owls, it’s mainly active at night. But do other owls have such a cool name? Thought not. Photo by Pete Morris/AGAMI.

Fascinating every last one of ’em.

We may feel rather squeamish about these birds but they are only doing what they need to do in order to survive. Most of them seem to be endangered, or at least threatened, by the activities of the worst predator on the planet – humans.

Great Horned Owls kill swans? And not for food, never heard before, will check that out, thanks.