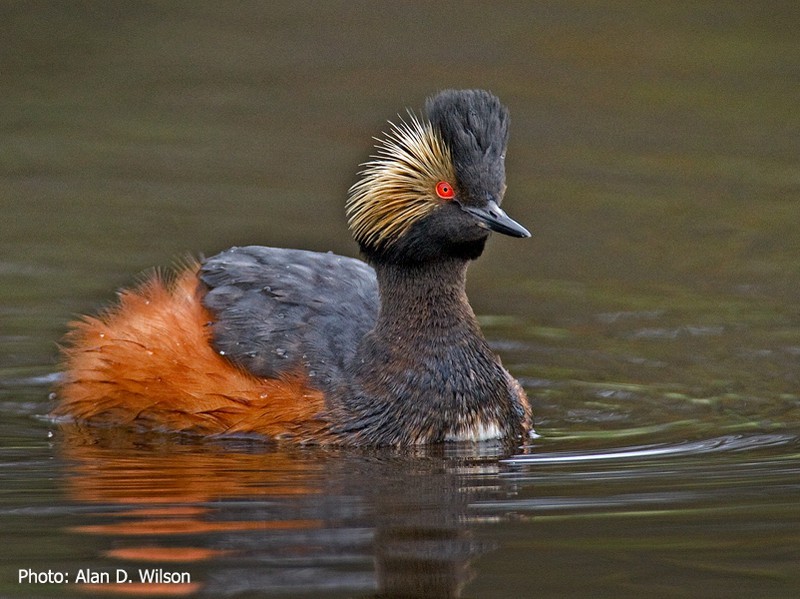 Officials in Utah are estimating that about 1,500 Eared Grebes were killed late Monday night, possibly as a result of confusing a Wal-Mart parking lot in Cedar City with a body of water and landing on the asphalt during a storm. An additional 3,500 apparently dazed and confused grebes were rounded up through the night by hand by volunteers and staff of the Utah Department of Wildlife, and eventually released into a nearby lake.

It appears that a storm and associated cloud cover was a key factor in causing the birds’ confusion, as well as a glistening parking lot surface that may have looked like a water body in conditions of poor visibility.

According to American Bird Conservancy (ABC), the nation’s leading bird conservation organization, several traits of this bird likely played a role in this incident. Grebes are only able to land and take off from water so a shimmering parking lot on a stormy night may have looked like a natural landing area. The Eared Grebe carries out the latest fall migration of any bird species in North America, putting it in this storm at a time when other migrating birds likely have already arrived South. The Eared Grebe only migrates at night, which increases the risk of the bird getting confused by city lighting and cloud cover.

“Night-flying birds use dim light from the moon and stars and the earth’s magnetic field for navigation. Adverse conditions on Monday night may have caused the same kind of disorientation that can afflict pilots in fog – the birds may have flown directly into the ground, not realizing they were descending. Urban lights attract and confuse birds, so when you bring the storm into play, I think this is a serious possibility,” said Dr. Christine Sheppard, Bird Collision Program Director for ABC.

“However, we will probably never know for sure exactly what happened, so it may be very hard to know if it is something that can be mitigated. Large kills of night-migrating birds are unfortunately not unusual, and are generally related to man-made light sources—from spotlights to cell phone towers. Even light from office windows, street lights, and decorative lighting can attract birds to land in cities, where they are at high risk of colliding with glass on buildings as they try to feed the next day. Reducing unnecessary lighting can reduce this type of mortality, but in the case of the grebes, we simply don’t know if they took tarmac for a body of water or lost orientation,” Sheppard said.

Eared Grebes are the most abundant grebe in the world. They breed in shallow wetlands in western North America. The Eared Grebe occurs in greatest numbers on Mono Lake and the Great Salt Lake in fall, where it doubles its weight in preparation for a nonstop flight to its wintering grounds in the southwestern United States and Mexico. It is a small waterbird – about 9-12 inches long – with a wingspan of about 23 inches. The bird’s diet consists of mostly aquatic insects and crustaceans, occasionally tadpoles, small frogs, and small fish.

This post was written by American Bird Conservancy (ABC), a 501(c) not-for-profit membership organization whose mission is to conserve native birds and their habitats throughout the Americas. ABC acts by safeguarding the rarest species, conserving and restoring habitats, and reducing threats, while building capacity in the bird conservation movement.