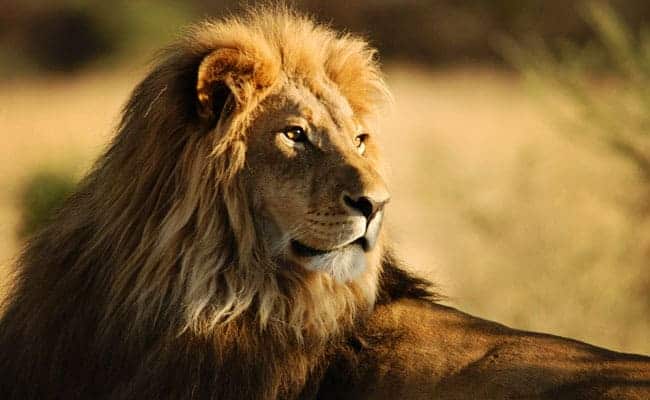 Animal advocates are mourning the tragic loss of two ex-circus lions who were senselessly killed by poachers at a sanctuary in South Africa where they were supposed to live out their days in peace.

The two lions, José and Liso, were among 33 former circus lions who were rescued during part of a larger effort led by Animal Defenders International (ADI) to enforce bans on the use of wild animals in circuses in South America, otherwise known as Operation Spirit of Freedom.

Last May, in what was hailed as the biggest airlift of lions ever, the lions were flown from Columbia and Peru to South Africa where they became permanent residents at the Emoya Big Cat Sanctuary in Limpopo, a place where they would finally leave their past lives behind and get the happy endings they each deserved.

Sadly, José and Liso’s lives were cut short by poachers who targeted the sanctuary and killed them. According to ADI, a veterinarian has confirmed the lions had each ingested a large amount of poison and died quickly, and although some reports have said that they were skinned alive, that wasn’t the case.

Minunette Heuser, who runs Emoya with her daughter Savannah, expressed their heartbreak, but they are more determined than ever to keep going, writing in an update:

“We were “just” a sanctuary. This week, this changed. Two of our lions were lost to poaching. We are all heartbroken, but these killers will never break our spirit and the spirit of freedom that ADI fought so hard for. Because we are also angry. We are not going to take this lying down. We are standing together.

Every sanctuary, every conservationist, every friend of ADI and Emoya. Every one of us. We stand together against the wildlife trade. This is not just another poaching incident. We are going to unite, stronger than ever, and bring to justice the perpetrators who murdered our beloved boys, Jose and Liso.”

For now, priorities remain catching those who were involved, and ensuring this doesn’t happen again. ADI stated that the crime is currently being investigated by South Africa’s police and anti-poaching units, while ADI itself is considering other options for helping, including offering a substantial reward for information that leads to convictions. Armed guards are currently in place and additional measures have been taken to improve security, while more are being considered, which could include evacuating the remaining lions until those new safety measures are implemented.

Unfortunately, while the demand for wildlife parts persists animals will be at risk. Poachers have boldly targeted other lions in protected areas, and just a few weeks ago the Thula Thula Rhino Orphanage was hit in a brutal attack that led to it closing down.

Hopefully those involved will be brought to justice, sending a message that this won’t be tolerated, and what happened here will help raise more awareness about the threat the wildlife trade poses.

For more updates on the situation and info on how to help, please visit Animal Defenders International and Emoya Big Cat Sanctuary.

You can also sign and share the petition urging the government of South Africa to step in and use its resources to help protect the remaining animals at Emoya.