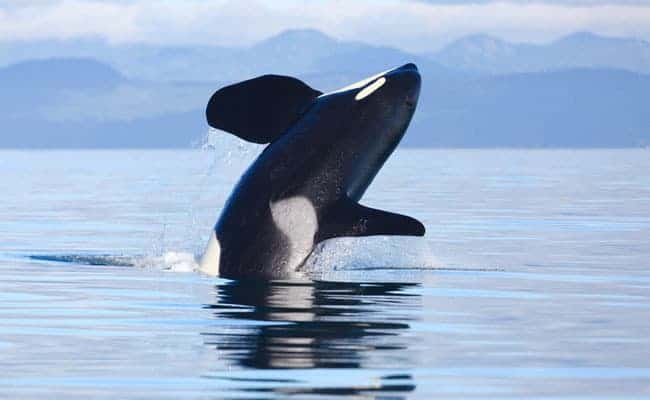 June is Orca Awareness Month, and orca fans and advocates are using it as an opportunity to raise awareness about the ways we can protect this amazing species — specifically an endangered population living in the Pacific Northwest.

These orcas, otherwise known as the southern resident killer whales, live in three distinct pods (J, K and L) in Puget Sound, the Strait of Georgia and the Strait of Juan de Fuca during the summer months and migrate to the open ocean in the winter.

Sadly, they have yet to recover from the trauma of captures for public display that took place in the 1970s. According to the Center for Whale Research, at least 13 orcas were killed during those captures, while 45 others were delivered to marine parks around the world. Today, Lolita, also known as Tokitae, is the only surviving member who is currently being held at the Miami Seaquarium.

Despite protection in both the U.S. and Canada, their future continues to hang in the balance. They’ve had highs with a recent baby boom, but have also continued to suffer tragic losses, including the recent passing of Granny who, at 105, was believed to be the oldest known orca in the wild. As of last month, there were only 78 members left.

Unfortunately, while they continue to face a barrage of threats ranging from boat traffic and noise to toxic pollutants, many believe that the biggest problem they now face is a lack of Chinook salmon, which is their main food source.

Their advocates have been working tirelessly on efforts that would increase protection for them and their habitat, and help restore salmon. They have urged authorities to remove dams on the Snake River in Washington and Klamath River in Oregon and Northern California, which will hopefully help keep both of these endangered species from disappearing.

The governors of Washington and Oregon have officially recognized June as Orca Awareness Month, and were recently joined by British Columbia to continue to raise support for protecting them and their home.

Below are five ways you can join them in celebrating orcas.

Speak Out Against Captivity

While SeaWorld’s announcement that it’s ending captive breeding of orcas was a huge victory, animal advocates are still pushing for federal legislation to make it illegal to breed captive orcas.

You can help by signing and sharing the petition urging Congress to make it official by passing the Orca Responsibility and Care Advancement (ORCA) Act, which will ban breeding (with or without the use of artificial insemination), live captures and the import or export of orcas for the purposes of public display.

Orca Awareness Month events are being held throughout the month of June in Washington, Oregon and British Columbia. Check out Orca Month to find a list of events, or host your own.

If you can’t attend one, or don’t live in the Pacific Northwest, you can still help. Whale and Dolphin Conservation is encouraging people this month everywhere to support healthy marine ecosystems everywhere through our actions, whether it’s ditching plastic bags and personal care products with microbeads and switching to reusable products, or participating in a beach cleanup.

Support Organizations Working to Protect Orcas and Their Habitat

For more info on how to help support efforts to save the southern residents, check out the Orca Network, Center for Whale Research, Southern Resident Killer Whale Chinook Salmon Initiative, Orca Salmon Alliance, Whale and Dolphin Conservation, and its Don’t Let Orcas Be Dammed campaign. In addition to those here, the Animal Legal Defense Fund has also been working on efforts to free Lolita and return her home to her family.

Absolutley heartbreakng to know they are being held captive in a small pool when they are migratory. I don’t understand why some people just don’t get it. and we need to get rid of those man made dams so the fish can migrate as well, which are there food source.

orcas dream
we dream of oceans,

where we can live by

we dream of our pods.

that spread over the seas,

We’ve seen Minke at the mouth of th Saquenay Riviere, on the St Laurent…Orca’s eveidently feed on them if they can, but not there.