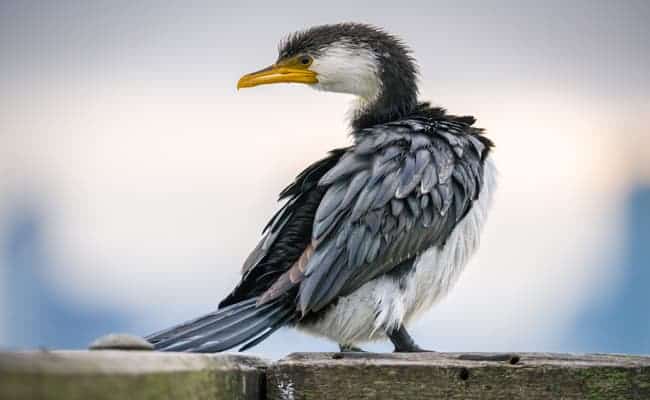 Human activities are contaminating the world’s water systems and disrupting wildlife. From toxic chemical runoff to the accumulation of litter miles away from land, here are five ways water pollution is killing animals:

1. More Than a Million Sea Birds and Mammals Are Killed Each Year By Ingestion of Plastic

Around 100 million tons of plastic is produced every year, of which 10 percent ends up in the sea. Ocean litter comes from many sources — including trash that washes off city streets, waste blown in from landfills and containers that fall off ships during heavy storms. Once in the water, the debris accumulates in large patches, travels with currents and washes up onshore. This litter is frequently consumed — often with fatal effects — by marine mammals, fish and birds who mistake it for food. The Trash Vortex of the North Pacific ocean consists of trillions of pieces of decomposing plastic that forms a gigantic swirling garbage patch the size of Texas.

2. Chemical Runoff From Farms Has Caused 400 Dead Zones Around the World

The use of pesticides and fertilizers on farms has increased an alarming 26 fold over the last 50 years, causing serious environmental consequences. Chemical runoff from farms is leaching into nearby streams, waterways and groundwater, killing thousands of insects and fish. The presence of fertilizers in the water alters nutrient systems, resulting in explosive growths of algae that produce harmful toxins and deplete the water of oxygen, and as a result little or no marine life can exist. Scientists have recorded an estimated 400 such dead zones around the world.

Pollution is not always physical. Sound waves from ships, sonar devices and oil rigs can travel for miles disrupting migration, communication, hunting and reproduction patterns of many marine animals. The deafening noise of gas and oil explorations are so loud that they are causing devastating effects to the sea life residing in our world’s oceans such as mass strandings, reckless diving, the inability to find food and chronic stress. Extreme noise pollution has been known to kill hundreds of dolphins and whales at a time, many of which are already on the brink of extinction.

4. Cruise Ships Dump More Than 250,000 Gallons of Wastewater and Sewage Every Day

Due to lax laws, cruise ships have been operating with little to no environmental regulations, and as a result have caused a great deal of damage to sensitive marine life. Current regulations allow cruise ships to legally dump untreated sewage and other waste once the ships are three miles from shore. This toxic waste is discharged directly into the ocean and contains bacteria, pathogens, medical waste, oils, detergents, heavy metals and other harmful substances, all of which are putting aquatic life at risk.

When water in the atmosphere mixes with certain chemicals, in particularly those omitted from burning fossil fuels, acidic compounds are formed. Acid rain has been linked to many serious adverse effects on ecosystems, especially aquatic ecosystems on which it falls. Through the discharge of toxic amounts of aluminum into the water, pH levels are altered, killing many animals outright and throwing delicate ecosystems out of balance.

You can help to protect the planet and sustain the world’s ecosystems by supporting environmental groups that are fighting to put a stop to these harmful practices, as well as by making your own conscious decisions regarding waste management, harmful chemicals and earth friendly alternatives to your everyday products.

Humans continue to destroy our ONLY Home…disgusting!!!

Humans have destroyed living beings with not a second thought about their actions! Some countries will stop at nothing! A very sad time for wild life! And who cares? So many offices but who takes meanigful actions and how can they if the manufacturting countries do this with No laws to enforce protection of the environment!