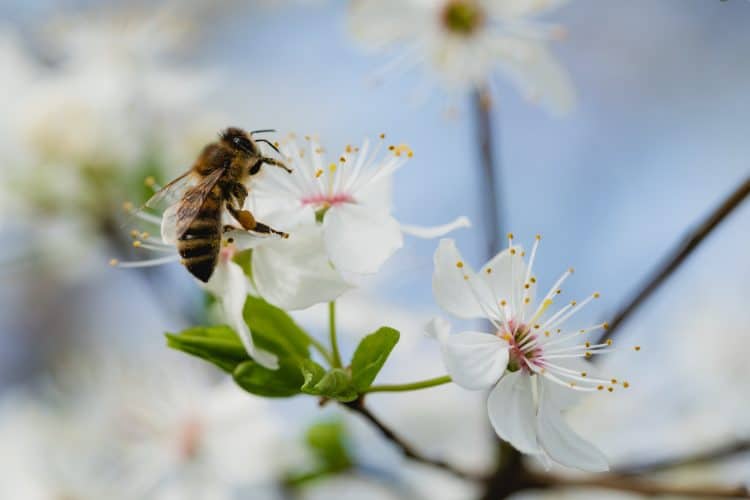 Beekeepers in Brazil have reported the loss of 500 million bees from hives in 3 months. Bees have been dropping dead and evidence links pesticides to the cause. Regulations across Brazil have been reformed, leading to forest fires and now, increased pesticide use. Reporting from Mongabay said 290 pesticides have been cleared for use in the Bolsonaro administration this year.

The Bolsonaro government’s environmental track record is abysmal, critics tout him as increasingly pro-business and anti-environment. Brazil’s heavy soy and agriculture industry rely on pesticides, making them one of the largest users and the largest purchaser of pesticides in the world.A Greenpeace study found that companies who’s home countries would not allow their manufactured pesticides registered for sales in Brazil.

Pesticides and chemicals are heavily regulated in both the United States and the European Union, after studies linking pesticides to bee and animal damage.

Healthy bees are crucial to a healthy agricultural system. As populations decline globally, their value has been recognized and activists are working to save bees and their important work.

A third of the food we eat depends on bee pollination. Bees provide extensive economic value through their pollination. We rely on bees for their crucial services and harming them will do very real harm to our planet.

Activists and indigenous groups are not happy with Bolsonaro’s pesticide record. Sônia Guajajara, leader of Articulação dos Povos Indígenas do Brasil, a group that represents indigenous groups across Brazil gave her opinion on the pesticides to Greenpeace, “Every week new pesticides are registered.

Besides contaminating our soil, our groundwater and negatively impacting our collective health, it is preposterous that the Brazilian Government allows foreign companies to sell products which contain chemicals that are banned in their domestic markets.”

This article was first published by OneGreenPlanet on 22 September 2019.

As a beekeeper, this situation in Brazil makes me very sad and worried. Bolsorano is a dictator with short-termism. What is he going to do when all the bees have gone and his soya industry collapses because of the use of these poisons? The sooner they get rid of him, the better.