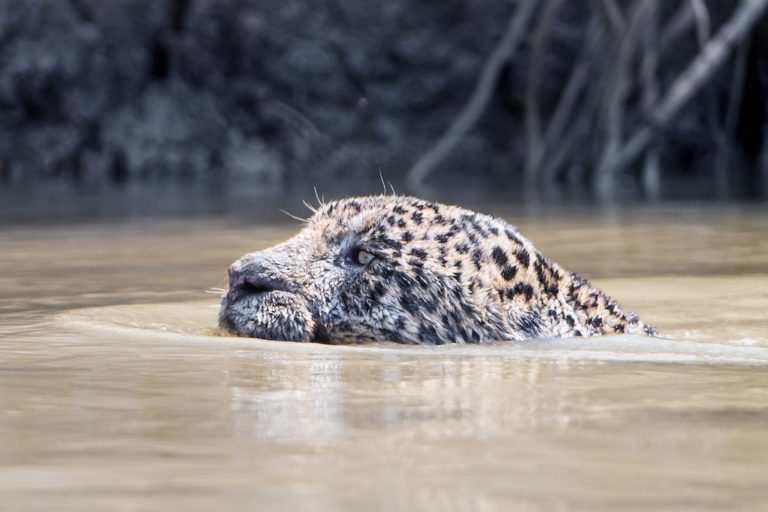 A new study provides an in-depth look at the detrimental impacts of human activities on wildlife in the Neotropical region of the Americas over the past 500 years.

The study, published Sept. 15 in Nature Scientific Reports, found that more than 56% of species in mammal assemblages, or groups of coexisting species, living in the Neotropics, have died out since 1500, about the time that European colonization began. The biggest losses were seen in ungulate species, such as the lowland tapir (Tapirus terrestris) and the white-lipped peccary (Tayassu pecari).

Humans are largely responsible for this extensive loss of wildlife, or defaunation, the study found, with overhunting, habitat loss, intentional or accidental fires, and the introduction of invasive species and disease all playing a part.

While wildlife and habitat have steadily declined since the 16th century, losses have become even more pronounced in the past 50 years, according to co-author Carlos Peres, professor of tropical conservation ecology at the University of East Anglia (UEA) in the U.K.

“We’ve had a big hike in habitat loss, which more or less coincides with the first big road that reaches the Amazon from the rest of Brazil,” Peres told Mongabay.

“As you know, the Amazon was isolated from the rest of Brazil until 1971, and so that’s a big landmark in terms of tropical deforestation.”

The study, led by researchers from UEA and the University of São Paulo (USP), Brazil, used animal inventories at 1,029 Neotropical study sites across 23 countries, from Mexico to Chile and Argentina.

These inventories were mostly published in the past 30 to 40 years, but the data go back to the time of European colonization.

What the researchers ultimately found was that anthropogenic pressures, such as habitat loss and overhunting, were the primary cause of local species extinction and “assemblage downsizing,” which refers to the reduction of body size within each mammal assemblage.

“Any given species removed from an assemblage will open up an ecological space and consequently a failure in ecosystem functioning,” lead author Juliano Bogoni, a postdoctoral researcher at UEA, told Mongabay in an email.

“For example, the loss of a large-bodied frugivorous species will compromise the seed dispersal process, forest regeneration, and changes in phytodemographic dynamics (i.e., the forestry composition dynamics and trees dominance). The loss of an apex-predator will alter the top-down control of their prey or promote failures in the control of disease reservoirs. With a local species extinction, the ecosystem also loses their genetic variability and their ecological roles (that is, the functional diversity).”

Peres, who has been researching subsistence and commercial hunting in the American tropics for the past 40 years, said the findings ultimately surprised him.

“I’ve been to more sites in the Brazilian Amazon, doing wildlife studies, than any other biologist who has ever lived, both people who are alive today and dead,” Peres said. “But I’m used to seeing places where only the very large-bodied species are lost. What our paper is showing is that there are a lot of local extinctions of even medium-bodied species.”

The researchers say they hope this study can help inform conservation efforts in the Neotropics, particularly in the Amazon region and the Pantanal wetlands, which are still considered “faunally intact.” Conversely, regions such as the Brazilian Atlantic Forest and the Caatinga have become so degraded that they are now considered to be “empty ecosystems,” according to the study.

Bogoni says future conservation efforts should include “effective implementation and law enforcement in existing protected areas, and curbing political pressures to either downgrade or downsize these areas.” Additionally, he says action needs to be taken to stop illegal hunting, deforestation and human-caused fires.

While conservation work can help protect the intact biomes of the Amazon and Pantanal regions, the fires currently burning throughout these areas would be having a devastating effect on wildlife and their habitats, Peres said. The Pantanal region is getting hit particularly hard since it’s “not really meant to burn,” he said.

“The Pantanal hasn’t burned properly for many, many years,” Peres said. “So there’s a lot of biomass, a lot of fuel to burn. What people are reporting are … huge numbers of carcasses and huge levels of mortality. The Pantanal fires are really really severe … and they’re not done yet. People are talking about rain next week, but we don’t know if the rains are going to come.”

While the findings of the study clearly indicate that humans have contributed to the widespread defaunation of the Neotropics, the paper ends with a call to action — and offers a nugget of hope.

“Hominins and other mammals have coexisted since the earliest Paleolithic hunters wielding stone tools some 3-4 million years ago,” the authors write. “Over this long timescale biodiversity losses have only recently accelerated to breakneck speeds since the industrial revolution. Let us make sure that most of this impoverishment is behind rather than ahead of us, or else the prospects for Neotropical mammals will look increasingly bleak.”

This article by Elizabeth Claire Alberts was first published on Mongabay.com on 15 September 2020. Lead Image: A swimming jaguar. Image by Tambako The Jaguar / Flickr.