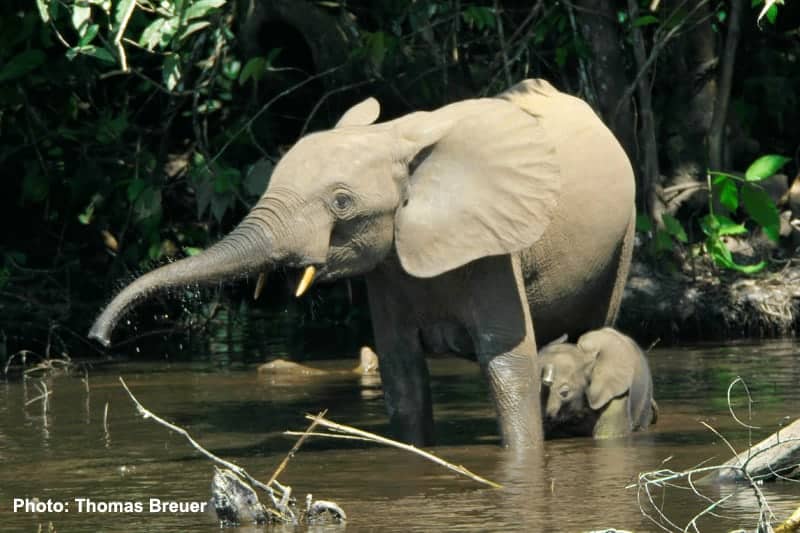 More than 60 percent of Africa’s forest elephants have been killed in the past decade due to the ivory trade, reports a new study published in the online journal PLOS ONE. The study warns that the diminutive elephant species — genetically distinct from the better-known savanna elephant — is rapidly heading toward extinction.

“Saving the species requires a coordinated global effort in the countries where elephants occur – all along the ivory smuggling routes, and at the final destination in the Far East,” added co-author Fiona Maisels, also of WCS. “We don’t have much time before elephants are gone.”

The study is based on the largest-ever set of survey data across five forest elephant range countries: Cameroon, Central African Republic, the Democratic Republic of Congo, Gabon and the Republic of Congo. The study involved more than 60 scientists who spent 91,600 person-days surveying for elephants, walking over 13,000 kilometers (more than 8,000 miles).