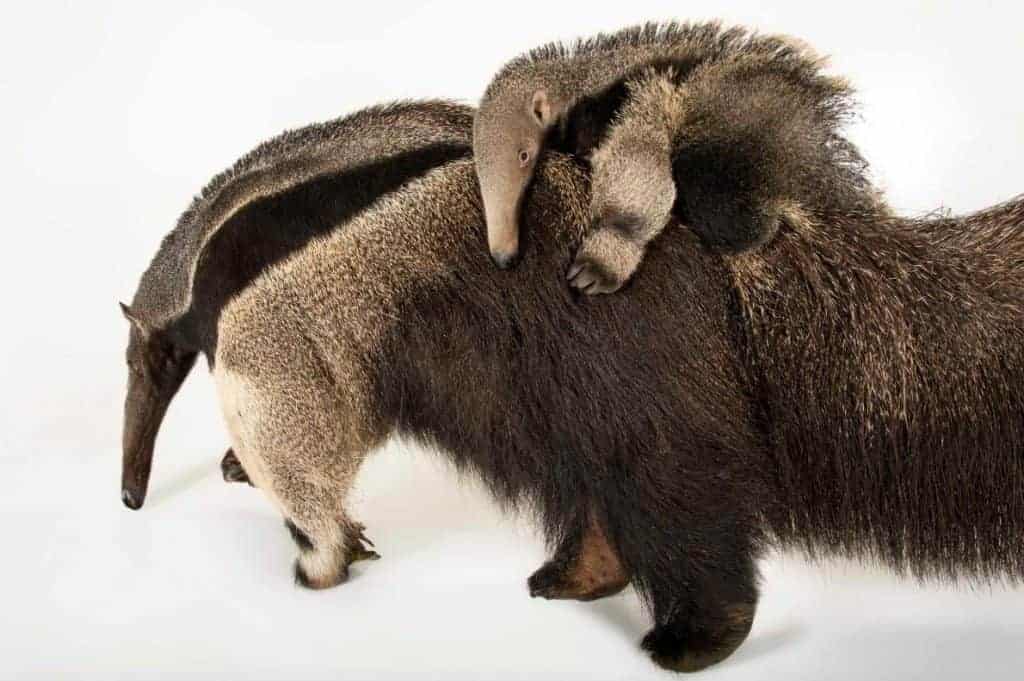 When Stephen Kolb Gilliland asked, “What do anteaters eat when they run out of ants?” Weird Animal Question of the Week got to thinking about animal names that don’t entirely fit the animal.

The four anteater species of Central and South America certainly scarf up lots of ants, but “they also love to eat termites,” as well as beetle and bee larvae, according to Mariella Superina, chair of the International Union for Conservation of Nature’s Anteater, Sloth, and Armadillo Specialist Group.

They’re not only carnivores, either: A species of anteater called the southern tamandua regularly eats fruit in the wilds of Panama. Superina suspects the giant anteater does too.

Like the anteater that eats a lot more than ants, here are other animals with monikers that aren’t quite the right fit.

What do you call an animal that doesn’t fly and isn’t a lemur?

A flying lemur, of course.

However, the Malayan colugo and Philippine colugo are not primates; they belong to an order all their own, Dermoptera—Latin for “skin wing,” Smith says.

They are primates’ closest relatives, and, like real lemurs, colugos are “cute and fuzzy,” have long snouts, and live in trees, he says.

They also both go airborne—but in different ways.

A lemur called the sifaka, for instance, can leap 30 feet from tree to tree, while colugos have a natural “parachute”—a huge, stretchy membrane that allows them to soar up to a hundred meters through the forest.

While it looks like they’re flying, colugos are actually “falling with style,” as Smith puts it.

The flying dragon, also called the draco lizard, doesn’t fly either. (It’s also not a dragon, much to the chagrin of Game of Thrones fans.)

These Asian reptiles glide through the trees to avoid ground-based predators, using folds of skin between their ribs. These membranes spread to form wings when they’re airborne, says

Nothing’s more erroneous than calling a cat a dog, yet the chain dogfish of the Atlantic Ocean is actually a catshark, says George Burgess, an ichthyologist at the Florida Museum of Natural History.

A true dogfish is a type of shark that often feed in packs, which explains their nickname. But the chain dogfish is more catlike, in that it’s a solitary creature.

That makes its dog name even more odd, but looking for logic in this one might be barking up the wrong tree, Burgess quips. (After all, he notes, sailors looked at manatees and thought they looked like mermaids.)

Another catlike feature of the chain dogfish is long, slitlike eyes that shine like a cat’s, Burgess says.

Speaking of non-felines, the Southeast Asian bearcat is neither bear nor cat. It’s a binturong, a medium-size predator related to fossas, civets, and genets.

Keeping Our Ducks in a Row

Some more of our favorite misnomers:

— The whiptail scorpion, or vinegaroon, is a type of arachnid, but not actually a scorpion.

— Starfish and jellyfish are invertebrates, not fish — which is why you’re more likely to hear about sea stars and jellies these days.

Luckily, scientists have taxonomy, or Latin names, to keep track of species — and avoid getting confused by common names.

The taxonomic system, “in addition to keeping things straight, is a reflection of [species’] evolutionary relationships,” Burgess adds.

This article was first published by National Geographic on 19 Nov 2016.