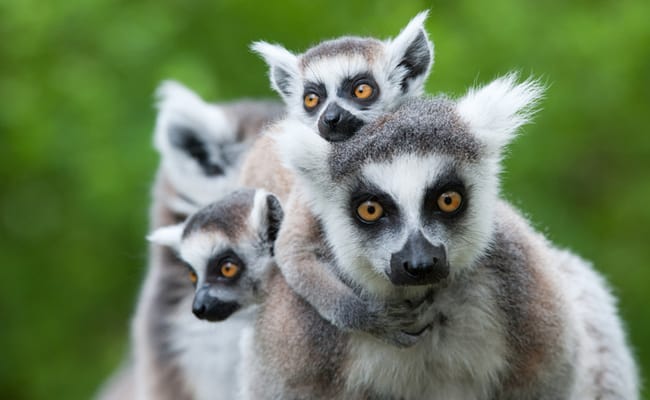 Madagascar is home to dozens of species of charismatic lemurs who come in a range of sizes, colors and appearances, from the tiny mouse lemur to the largest indri, but a recent assessment found that one thing they all have in common is that nearly every species of lemur is now in danger of extinction.

That’s the unfortunate conclusion recently drawn by an international group of 50 leading primate conservationists who came together to review the status of 111 lemur species and subspecies who can be found nowhere else on earth.

The assessment, which was done to update the IUCN Red List of Threatened Species, found that 105 species are now provisionally evaluated as Critically Endangered, Endangered or Vulnerable, making them the most endangered primates in the world.

Since their status was last evaluated in 2012, 12 more species have become threatened, while the number of Critically Endangered lemur species rose from 24 to 38.

Not only is this bad news for lemurs, their disappearance could also bring a big blow to ecotourism on the island, which many people rely on, and it could have a cascading effect on the ecosystem in large part because some are pollinators and they help spread seeds that keep forests there healthy.

“This is, without a doubt, the highest percentage of threat for any large group of mammals and for any large group of vertebrates,” said Russ Mittermeier, Chief Conservation Officer for Global Wildlife Conservation and chair of the IUCN Species Survival Commission (SSC) Primate Specialist Group (PSG). “This assessment not only highlights the very high extinction risk Madagascar’s unique lemurs face, but it is indicative of the grave threats to Madagascar biodiversity as a whole. Madagascar’s unique and wonderful species are its greatest asset, its most distinctive brand and the basis for a major ecotourism industry.”

Unfortunately, they’ve continued to be pushed further to the brink by habitat loss, which is being driven by a range of things from slash and burn agriculture, mining and logging to climate change – another recent study found that of 57 species examined, more than half would lose suitable habitat over the next 70 years just because of climate change – but they’re also at risk of being taken for the pet trade, and being killed for their meat.

While the findings are depressing, conservationists aren’t giving up. They’re going to use the findings to prioritize efforts needed to help lemurs survive. The IUCN has already implemented a Lemur Action Plan to protect habitats for the most vulnerable lemurs, and to help people by getting them involved in ecotourism, which reduces the need to hunt lemurs.

“This is very alarming, and we have noticed a particularly worrying increase in the level of hunting of lemurs taking place, including larger-scale commercial hunting, which is unlike anything we have seen before in Madagascar,” said director of conservation at the Bristol Zoological Society and one of the organizers of the workshop. “We are investing a lot of time and resources into addressing these issues and will be implementing our Lemur Action Plan over the coming years, which we are confident will make a significant difference to the current situation.”