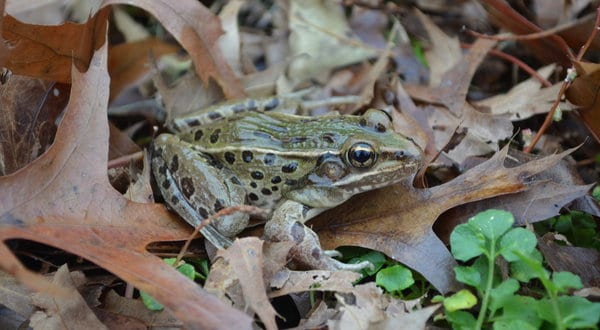 On a foray into the wilds of Staten Island in 2009, Jeremy A. Feinberg, a doctoral candidate in ecology and evolution at Rutgers University, heard something strange as he listened for the distinctive mating call of the southern leopard frog — usually a repetitive chuckle. But this was a single cluck.

“I started hearing these calls, and I realized they were really distinct,” Mr. Feinberg said. Three years later, Mr. Feinberg and four other scientists who joined him in multiple field and laboratory studies, are finally comfortable making their declaration: a new species of leopard frog — as yet unnamed — has been identified in New York City and a number of surrounding counties.

Read full article, which was written by Lisa W. Foderaro and published by the New York Times