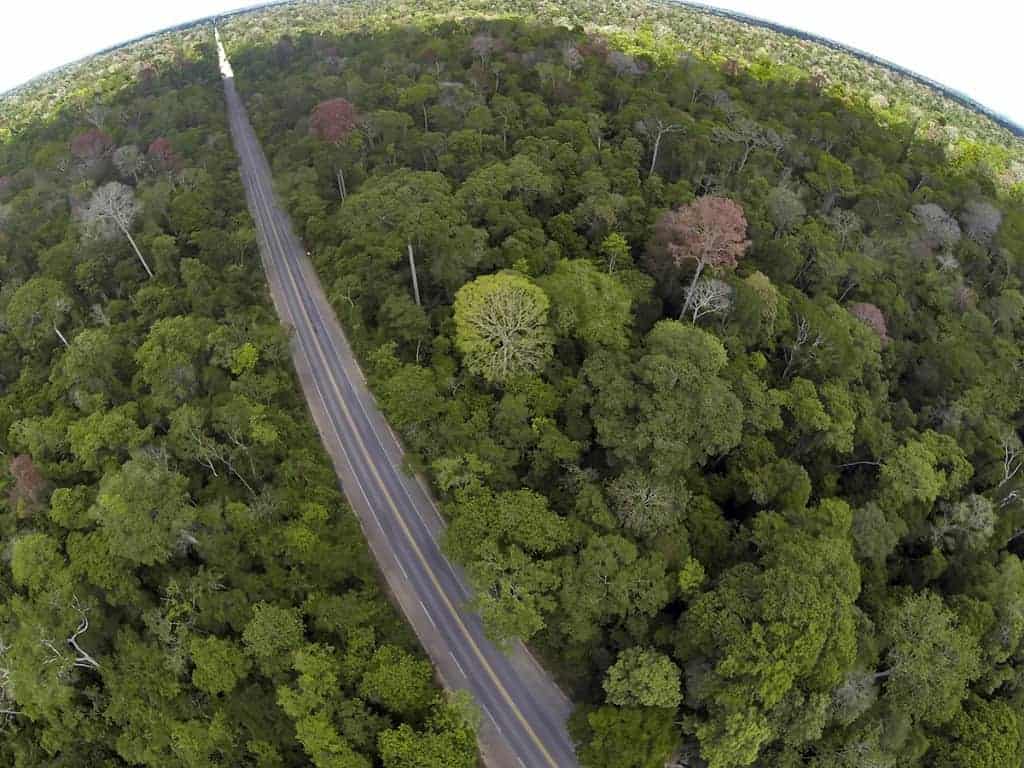 Roads are our main transport routes and important drivers of socioeconomic development. However, the impacts of roads are one of the main factors responsible for the current biodiversity crisis. Roads impact individual organisms, populations, species, ecosystems and landscapes in various ways. their effects can be direct or indirect, short-term or permanent and apply to partially restricted or affect large areas. The different effects are highly interconnected and their magnitude depends on several factors, such as specific characteristics of roads, affected species and landscapes. Although worrying, the negative effects of roads on biodiversity are poorly studied.
The largest remaining continuous forest complex, with approximately 50,000 hectares, formed by the Biological Reserve (Rebio) Sooretama, Vale Private Nature Reserve of Natural Heritage (RPPN), the RPPN Mutum Preto and the RPPN Recanto das Antas, is located in northern Espírito Santo. It is a high priority area for the conservation of the Atlantic Forest, home to several endangered species. It is part of the Central Atlantic Forest Corridor, Important Birding Area (IBA) and UNESCO Natural World Heritage. However, biodiversity in this forest area suffers from the presence of one of the busiest Brazilian roads, the highway BR-101, which cuts the local landscape in half, fragments populations and causes high numbers of roadkills. And even worse, the highway is going to be doubled in the coming years, as part of the expansion plan within the highway concession to private management. 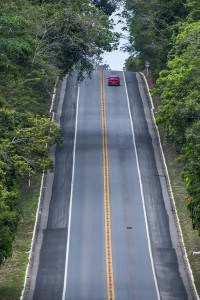 Every day, dozens of animals die on the stretch of about 25km. It is estimated that more than 20,000 vertebrates are killed per year (50 indivuduals per day), including amphibians, reptiles, birds and mammals. In a period of less than a year, four large mammals were killed. Three tapirs, one of them pregnant, and a puma. Each lost life invaluable, because each individual exercises their ecological role, carries unique genetic information and fulfils an extremely important role for the ecosystem’s balance and the species’ survival.

The highway does not only put the lives of animals at risk, but also endangers the life highway users. Several people have died and continue to die in accidents involving roadkill. We therefore request the responsible authorities to take the following emergency measures to prevent collisions with wildlife on the BR-101.

– Reduce the speed limit to 60 km/h on the whole 25km stretch;
– Install more and adequate speeding cameras to record and monitor the speed of vehicles;
– Clear the drainage tunnels under the highway of water so they may serve as wildlife passage;
– Install an enclosure to lead animals in the direction of the tunnels;
– Remove exotic fruit trees from the roadside (for example, mango and jackfruit trees);
– Place warning signs alongside the highway;
– Install tree passages to enable the crossing of arboreal animals (for example, monkeys and sloths);
– Remove garbage from the forest and water bodies surrounding the highway;
– Promote awareness raising activities, educating the highway users;
– Educate the local community and local producers about the highway

The ‘Campaign in Defense of the Biological Reserve of Sooretama’ seeks to educate the society about the immediate threats the Reserve is facing. In addition, we want to build a strong community to protect this unique piece of Atlantic Forest through workshops, public hearings, forums, images and videos on TV, internet and social networks.

The Workshop ‘Impacts of the Highway BR-101 on the Biological Reserve of Sooretama’ occurred during the 11th State Fair of Science and Technology in November 2014. The main objective of the Workshop was to propose measures to avoid, minimize and mitigate impacts and expansion of the highway duplication on the Biological Reserve and its surroundings. Scientists and technicians from governmental and nongovernmental organisations concerned with the impacts of the BR-101 on biodiversity of the forest complex took part in the event. The event consisted of five lectures, four round tables, project presentations and three working groups. Altogether attended by 30 guests and 80 listeners. The lectures and round tables were broadcasted live on the YouTube channel of the non-profit organisation Últimos Refúgios and have been accessed by more than 200 people. Participants warned about the environmental impacts of the current situation and the possible expansion of the highway. Historical and current conflicts with environmental legislation were pointed out, socio-environmental aspects of the landscape were highlighted, and the best policies and technological actions were indicated in order to avoid, minimize and mitigate the impacts of the duplication.
The document “Recommendations for Conservation” was created. This document lists main concerns and recommendations concerning the conflict of the BR-101 for the Rebio Sooretama and its surroundings. The document is available to the public via social media, newspapers, websites and electronic journals. The document can be downloaded on the website of the Instituto Últimos Refúgios. It is written in portuguese. (http://www.ultimosrefugios.org.br/#!acao-em-defesa-da-rebio-sooretama/c3k6)

Small actions can result in major changes. The problem is not mine, nor yours. It is ours!

We are grateful for any kind of constructive feedback, creative solutions and international contacts, especially international press interested in helping with the situation. Please, do not hesitate contacting us via [email protected]

Together, we can inspire positive change!