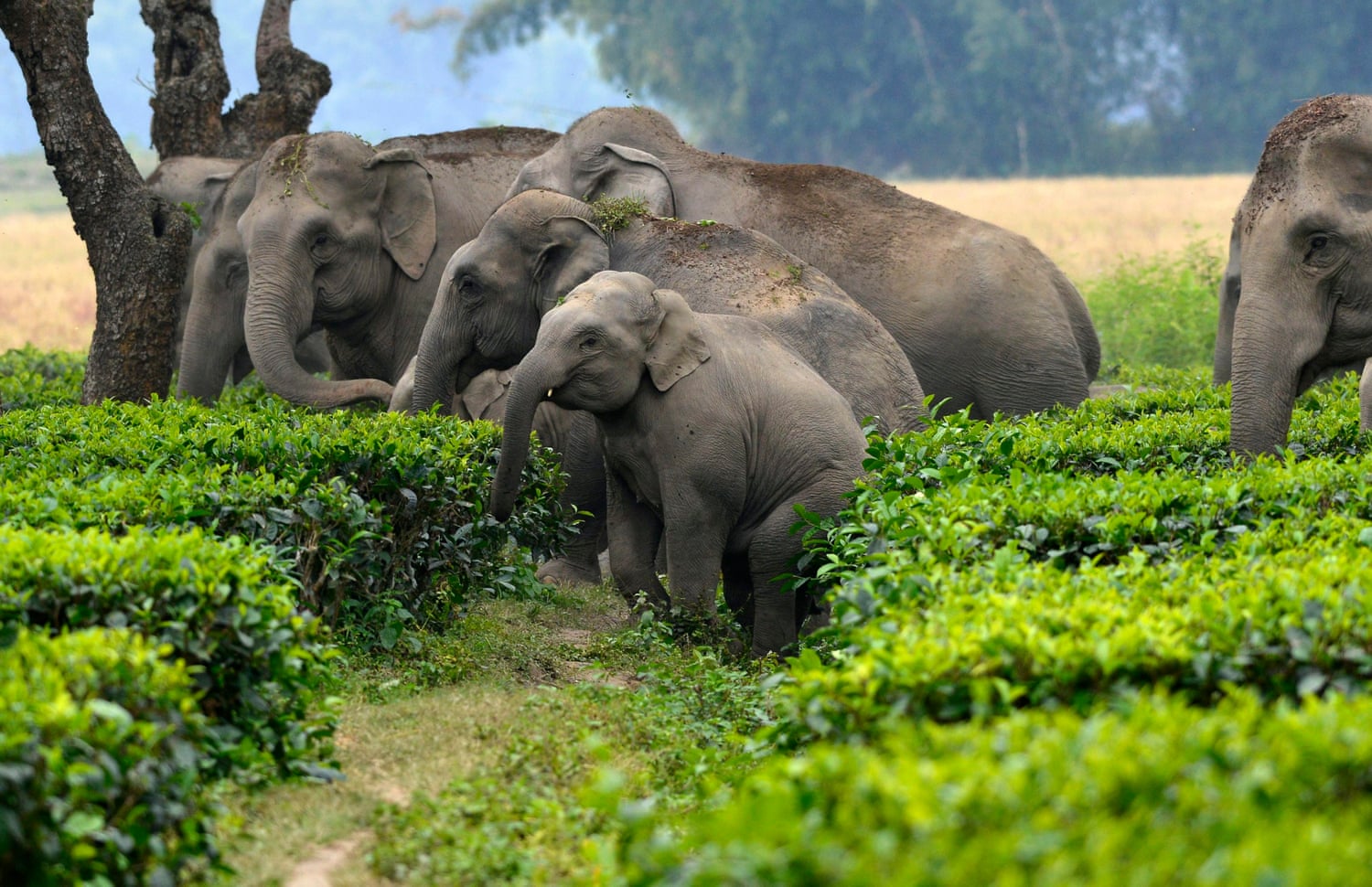 Watchtowers in trees, tripwire alarms, radio collars, chilli smoke and beehive fences: scientists and conservationists across Asia and Africa are coming up with safe and humane ways to keep elephants at bay and reduce conflict with humans.

In early June, the agonising death of a pregnant wild elephant that ate an explosives-filled pineapple in India led to a global outcry, highlighting how far some farmers in India will go to protect their land from wild animals, which are increasingly encroaching on settlements. India is home to an estimated 27,000 elephants, more than half the global Asian elephant (Elephas maximus) population.

But with the rapid shrinking and fragmentation of their habitats and travel corridors, elephants are increasingly being forced out of the forest in search of food. This puts them in direct conflict with humans. Between 2014 and 2019, 2,361 humans were killed as a result of conflict with elephants, while 510 elephants were killed by electrocution, train accidents, poaching and poisoning.

While crop losses are eligible for compensation in India, the claims process can be slow and tedious, so some farmers use fruit and other foods laced with poison or stuffed with firecrackers, and high-voltage electric fences to keep elephants away.

Prachi Mehta, research director at the Wildlife Research and Conservation Society (WRCS), has been testing low-cost and safe deterrents in the Uttara Kannada district of Karnataka state in south India since 2009. The district, with an area of about 4,000 square miles (10,300 sq km) and rapidly depleting forest cover, is home to 70-80 elephants, but there have been no casualties related to human-elephant conflict since WRCS began working with more than 700 farmers in the surrounding villages.

There is, however, no easy fix to the problem. “Every human-elephant conflict situation is different,” says Mehta. “There is no ‘one size fits all’ solution. We study the circumstances first and find a site-specific solution.

“Elephants, being highly intelligent animals, get habituated to the deterrents over time, requiring us to rotate measures or invent new ones. Our aim is to provide farmers with an array of simple, inexpensive deterrents to protect their crops. Solutions also need to be community-wide to be effective.

It is pointless if the elephant is dissuaded from entering one farm and then goes and raids the next farm. So we encourage the entire village to participate in crop guarding.”

Multiple factors determine the effectiveness of a particular method, including the time of year and location of the farm. Chilli smoke and other fire-based deterrents, which work well during the dry months, are not viable during the monsoon.

Mehta adds: “Elephants prefer to raid farms which are unguarded. So human presence is the main deterrent. In most cases, night guarding from a tree watchtower, coupled with a low-cost, early-warning system – a trip alarm consisting of a modified doorbell tied across possible entry points with nylon ropes – works well to keep the elephants at bay.”

For farmers living close to an evergreen forest, there is another lucrative deterrent – a beehive fence.

Beehive fences were first successfully trialled and implemented in Kenya by Lucy King of the Elephants and Bees Project, where it was found that the fences could exploit the African elephant’s natural fear of bees. Inspired by a meeting with King at a conference, Mehta decided to try out the fences in Uttara Kannada. Farmers in the district have traditionally practised apiculture, so they were already comfortable handling hives. But there were concerns about the effectiveness of bee fences in India as Asian bee species are less aggressive than African bees.

They need not have worried. WRCS’s programme officer in Uttara Kannada, Ravi Yellapur, says 367 farmers in the district now have beehive fences. “Since I joined the project in 2015, there hasn’t been a single instance of an elephant breaching a bee fence to gain entry,” he adds.

The locally made fences consist of eight to 10 hollow logs, about a foot in length and with a wide cavity, which are hung between two wooden poles at intervals of 10 metres. The logs are connected to each other by strong wires. The inside of each log is coated with a liquid mixture of beeswax, cinnamon and jaggery (a local, unrefined sugar). Both ends of the log are plugged, except for one or two small holes that allow the Apis cerena bees in Uttara Kannada to enter. The bees are drawn to the logs by the smell of the mixture.

Being natural pollinators, the bees help increase the farmer’s crop yield while the honey harvested twice a year provides additional income. About 4kg of “elephant-friendly” honey is taken from one hive per harvest, and the farmer can sell it for 300 rupees (£3) a kilo. This financial incentive, coupled with the regular awareness sessions conducted by WRCS and the local forest department, has helped build a tolerance to elephants among the community.

We focus on human-elephant conflict but elephants are symbolic of all wildlife. We must learn to cohabit

In other parts of India, a more hi-tech solution has been implemented. Elephants, once locally extinct in the central Indian state of Chhattisgarh, began to make an appearance about 30 years ago, after being displaced from their home ranges in neighbouring states. More recently, a 19-member herd began raiding crops in the Mahasamund district of the state. So, in 2017, the Chhattisgarh Forest Department invited conservation non-profit Wildlife SOS to develop a conflict mitigation plan. The organisation proposed an early warning system based on putting a radio collar on the matriarch of the herd, which was implemented in 2018.

Kartick Satyanarayan, co-founder of Wildlife SOS, says: “Signals from the collar alert the Wildlife SOS team, who inform the forest department about the movement of the matriarch, and therefore the herd. If there is potential for conflict, the forest officials inform the village heads via WhatsApp. Radio announcements are also made. This early warning is critical for the villagers to be prepared when the herd approaches.” The villagers then use the acrid smoke from chillis and other tactics to divert the herd.

“With the information from the collar, we are able to observe patterns and predict movement,” says Satyanarayan. “The team also works with the villagers to make them aware of [human-elephant] conflict avoidance behaviour.”

Key to the success of all these methods is changing the attitude of local communities towards elephants. Yellapur says: “Farmers who were once angry about the presence of elephants now think of them as their friends.”

Given the ever-increasing anthropogenic pressures on forests and other wildlife habitats, Mahesh Rangarajan, chairman of the Elephant Task Force, which reported in 2010 on recommendations to safeguard the future of elephants in India, says: “We focus on human-elephant conflict but in reality, elephants are symbolic of all wildlife. We must learn to cohabit with every kind of wildlife.

“To reduce conflict in the long-term, we need holistic solutions that include protecting wildlife habitats and landscapes, while ensuring human livelihoods and dignity are protected as well.”

This article was first published by The Guardian on 12 August 2020. Lead Image: Elephants cross a tea garden to enter a paddy field in Assam, India. Conservationists are finding new, wildlife-friendly ways to keep herds away from crops. Photograph: STR/EPA.