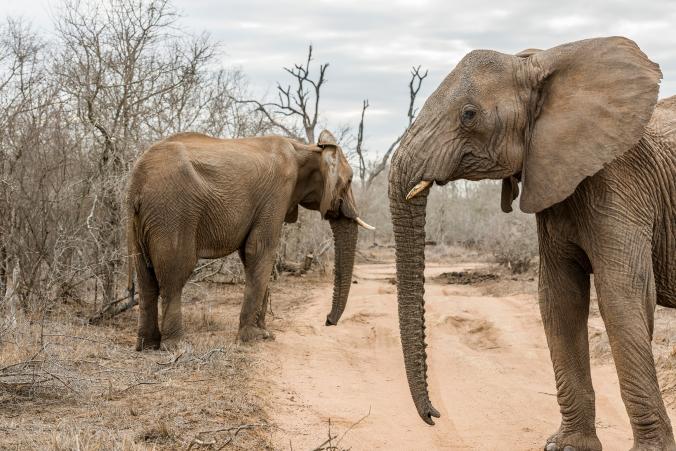 It’s a done deal. Seventeen elephants from Swaziland are today en route to three U.S. zoos despite an attempt by an animal welfare group to stop the controversial move.

The elephants are bound for the Dallas Zoo, the Sedgwick County Zoo, in Wichita, Kansas, and the Henry Doorly Zoo, in Omaha, Nebraska. And the nonprofit Friends of Animals isn’t happy about it.

Here’s how the dramatic events went down: In February, the Connecticut-based group filed a lawsuit challenging the U.S. Fish and Wildlife Service’s decision in January to approve a permit for the animals to be transferred to the zoos. A hearing on whether to grant the group a preliminary injunction was scheduled for next week.

In spite of the looming hearing, the zoos moved to anesthetize the elephants and board them on a flight from Swaziland to the U.S., reported The Wichita Eagle. According to the publication, court records show that Friends of Animals was tipped off about the planned transfer by an anonymous source. Its lawyers filed an emergency temporary restraining order to stop the move. The restraining order was temporarily granted—and then reversed.

From The Wichita Eagle:

There was a hastily arranged teleconference among the zoos, the animal-rights group and U.S. District Judge John Bates, who is in Namibia on a business trip.

Bates denied the request for a temporary restraining order that would have stopped the transfer. He wrote that stopping the transfer would do more harm than good.

“The attempt by activists to further delay the relocation only jeopardized the animals,” said Dallas Zoo spokeswoman Laurie Holloway in a prepared statement, according to The Dallas Morning News.

Michael Harris, director of the Wildlife Law Program for Friends of Animals, was outraged by the decision. “Faced with sparse medical testimony from the zoos’ own veterinarians, the court dissolved the restraining order,” he wrote in a statement. “The underhandedness of this move cannot be understated.”

The hand-off of the elephants, estimated to range from six to 25 years old, is another chapter in a contentious saga that began last November when the zoos announced the intended export from Big Game Parks, a private nonprofit trust in Swaziland that managed the animals. Room for Rhinos, a partnership between the zoos and Swaziland officials, oversaw the project.

As National Geographic reported last November, the zoos argued that the move was essential because the elephants were crowding out rhinos and other animals in Swaziland—and if they didn’t come to the U.S., they’d have to be killed.

In 2012, an award-winning special report by the Seattle Times found that the infant mortality rate of elephants in U.S. zoos was almost triple that of elephants in the wild. “Of the 321 elephant deaths for which the Times had complete records,” the report states, “half were dead by age 23, more than a quarter of a century before their expected life spans of 50 to 60 years.”

The head of U.S. Fish and Wildlife Service’s permitting division explained the decision to grant the permit in an exclusive interview with National Geographic last month.

It’s the first time since 2003 that elephants have been taken from the wild and placed in a U.S. zoo.

This article was first published by National Geographic on 09 Mar 2016.