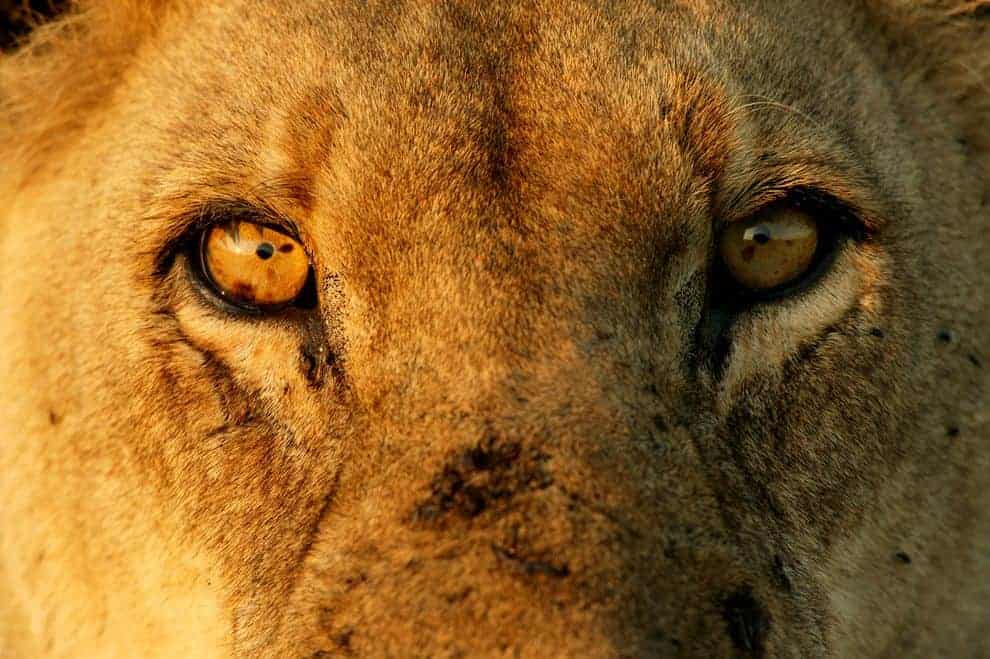 The African lion—thousands of miles away but beloved by Americans—might become protected under U.S. law, the U.S. Fish and Wildlife Service announced Monday.

The proposed new rule would list lions as threatened under the Endangered Species Act. If approved, the law would make it illegal to kill or hunt captive lions in the U.S. without a permit or for a U.S. citizen to sell lions or lion parts across state or international borders. The sale of lions or lion parts within a U.S. state will remain under state jurisdiction.

Even if lions are listed as threatened, U.S. hunters could still import lions that they had killed in Africa as trophies—as long as they get permits from countries with a “scientifically sound” approach to managing lions, according to the Fish and Wildlife Service.

U.S. sportsmen and -women kill the most lions, elephants, and rhinoceroses on the African continent, according to the agency, but properly regulated sport hunting is not considered a major threat to the species. (Related: “Lion Hunt Photo Touches Off Heated Conservation Debate.”)

Instead, habitat loss, lack of prey, and increased conflict with humans are to blame for the decline in the big cat, whose populations have fallen by two-thirds since the 1980s. Up to 76,000 lions roamed Africa in 1980, and that has dwindled to approximately 35,000 today, according to the agency.

As human development and agriculture have expanded into lion habitat, more livestock are put into the paths of lions—which leads to retaliatory killings by people. Humans are also hunting lion’s prey at “unsustainable levels” to meet a growing demand for food, according to the FWS. The human population in sub-Saharan Africa is expected to double by 2050.

“Lions are declining, and unless we do something to intervene, it’s likely they will become endangered in the foreseeable future,” Dan Ashe, director of the U.S. Fish and Wildlife Service, told National Geographic.

A threatened designation will build on existing lion conservation programs in Africa by adding “motivation and incentive to cooperate, and galvanizing opinion that lions are in trouble,” Ashe said.

“Lions tell us a story. This is one of the world’s most iconic, majestic creatures, so this tells us something about what’s happening on [our] planet.”

Two experts welcomed the announcement but expressed concerns about the listing and how it would be implemented.

Currently, no regulations prevent the sale or transport of lion or lion parts within or out of the U.S. At least one restaurant has even served lion tacos. (See “Restaurant’s Lion Tacos Renew Exotic Meat Debate.”)

But the new law would require that any organization or individual who kills a non-zoo, captive-bred lion in the U.S., whether as a pet, for food, or for sport at a game ranch, would need a permit that “shows you’re enhancing the survival of the species as a whole,” an agency spokesperson said. “That’s a fairly high bar to clear.”

By banning the sale of lion parts outside the U.S., the ruling would also try to stem the trade in lion bones, which are sold to China as a substitute for tiger bones for tonic wine, a purported health remedy, according to the WWF.

Countries that allow lion hunting would also have to prove that their hunting is well managed and that their revenues support on-the-ground research into lion conservation and local communities.

“The burden is on that country to demonstrate to us that management is in place and hunting quotas are set,” Ashe said. (See lion pictures.)

“We have substantial leverage that we can apply—we can make a very significant contribution to conservation by leveraging the economic power of U.S. consumers” who hunt lions, he said.

The proposed listing is “a valuable opportunity to further strengthen ties between the U.S. and African lion-range countries and governments,” noted Luke Dollar, a conservation scientist and grants program manager for National Geographic’s Big Cats Initiative.

But he also emphasized that the devil is in the details.

Dollar said that some countries may claim to have a healthy lion population when that is not the case. For instance, some African countries issue lion population numbers that are not scientifically vetted—in so-called “gray” papers—that can be at odds with numbers published in peer-reviewed scientific literature.  (See “Opinion: Why Are We Still Hunting Lions?”)

“I hope using best-available data is going to be a priority for everyone involved,” Dollar said.

In a press briefing, Ashe said that while Fish and Wildlife does use numbers from countries’ gray papers, “in most cases, we look for peer-reviewed scientific literature. We would also use scientifically collected data from the country in question.”

Craig Packer, a lion expert at the University of Minnesota, says that overall, such a listing is beneficial because it will put all lion hunting “on the radar” in Africa.

“If this rule sticks, there’s certainly going to be a lot more attention paid to harvest practices and importation.”

But Packer also noted that a threatened listing does not technically reflect the complex situation for lion populations, which are not universally threatened in all of their range.

“It’s really up to the range countries [whether] the lion will go from threatened to endangered,” he said. (See “Opinion: African Lions Should Not Be Listed as Endangered.”)

A “more nuanced” listing would take into account that lions are doing poorly in Tanzania and Cameroon but thriving in Botswana and South Africa, he said—similar to how, for example, the gray wolf has different protections in different parts of North America. (Learn how you can help protect big cats.)

“But that’s the best they can do,” he noted. “This looks like a compromise.”

Added Dollar: “The book is not closed for any advocates on any sides of lion conservation debates. This provides an insightful and diplomatic way forward that almost any stakeholder could claim as progress.”

Starting October 29, the public will have 90 days to comment on the proposed listing, with details on how to do so on the FWS website.

This article was first published by National Geographic on 27 Oct 2014.