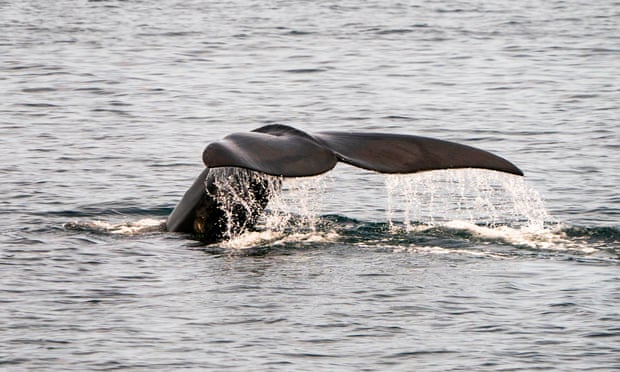 Canadian conservationists are sounding an alarm over the survival of the North Atlantic right whale, a once numerous species that live off the east coast of the US and Canada.

This June, six right whales were killed, followed by two more in July – a potentially devastating blow to a population that is now estimated to be no more than 400 strong.

The abrupt increase in mortality is believed to be caused by boat strikes and entanglements in fishing gear caused by changes in the whale’s feeding patterns.

Right whales typically feed on the copepod Calanus finmarchicus, a tiny shrimplike creature that is found in abundance in the Gulf of Maine. But according to a paper published this month in the journal Oceanography, warming ocean water has reduced Calanus finmarchicus in the gulf, forcing the whales to hunt further north in the Gulf of St Lawrence, a region with heavy shipping traffic.

The change in feeding habits also adds 700 to 800 additional miles (1126.5 to 1287.5km) distance from their breeding grounds off the coast of Georgia.

The latest spike in mortality is particularly disappointing because in 2003 the Canadian government and the shipping industry negotiated for shipping lanes to be rerouted to avoid a feeding ground and whale nursery in the bay. That shift, which marked the first time lanes were moved to help a species, reduced the risk of ship strikes by as much as 90%. The change helped right whale populations grow from about 350 to almost 500 between 2000 and 2010.

Recent losses to the population includes a 40-year-old female named Punctuation that scientists have been tracking since 1981. she gave birth to eight calves, two of which had calves of their own.

Scientists determined she died as a result of being hit by a ship. Of the whales lost over the past two months, necropsies performed on seven found four died from trauma consistent with vessel collisions, and two died from entanglement in fishing gear.

The spike in deaths comes after no right whales were recorded dying in Canadian waters in 2018. In the previous year, 12 were found to have died in the St Lawrence.

“Any loss of a right whale is detrimental to the population. It’s an endangered whale. ,” the department of fisheries biologist Stephanie Ratelle told CBC.

As a result of the recent losses, Canadian authorities are imposing a precautionary speed restriction of 10 knots in the western areas of St Lawrence for vessels 20 meters or more in length.

This article was first published by The Guardian on 2 August 2019.