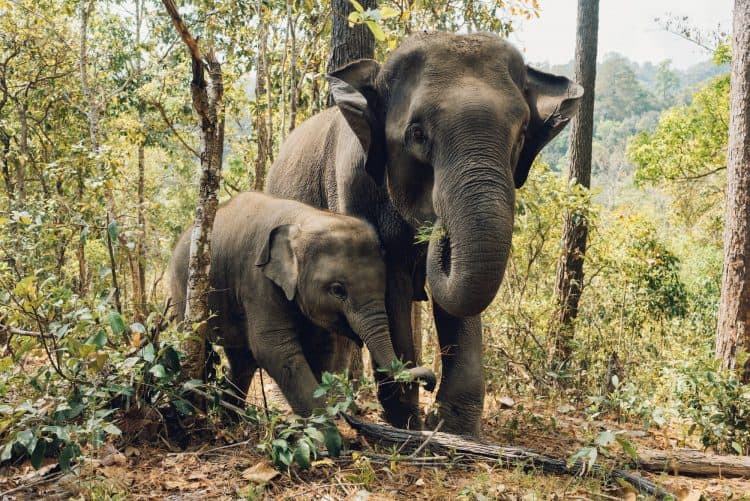 Elephants are the center of life in Ban Ta Klang, a town in eastern Thailand. They’re all over the village, in yards and attached to trees. Locals there are a main part of the domestic elephant industry in Thailand, an industry with a hidden history of elephant abuse.

For many years this part of Thailand has been hosting, caring for and domesticating elephants. Thousands of elephants have lived here, domesticated by village citizens. Ban Ta Klang villagers have a special connection with the elephants, growing up alongside them. Surin Province, where Ban Ta Klang is located, is famous for its elephant tourism industry.

But the tourism facade has a harsh reality. These elephants have faced pain and suffering to become domesticated. Before elephant tourism was popular, these animals were used in transporting logs, and many are sold to circuses or zoos after they are domesticated by the villagers.

To become domestic, the elephants must first be “broken,” by local villagers. Cruel practices include elephant hooks, chains and other painful rituals. Villagers consider this a normal part of training, called “Pasa.” An experienced elephant trainer explains “Pasa,”

Many of these rituals and training methods are considered part of Thai culture and have been handed down through generations.

Elephants are then ready for tourism. The government subsidizes these towns to continue the tradition of elephant tourism and has taken a murky position on elephant rights. Activists are working to combat these cruel traditions and the use of elephants for tourism.

Some villagers are working to bring elephants into new traditions, more natural tourism experiences where elephants do not perform tricks. But new elephant tourism parks are being built in Thailand.

Activists and villagers continue to be at odds with how elephants should be trained, handled and used for tourism. Elephants should not be abused, mistreated or used for tourism or any type of entertainment. Think twice before booking a elephant trekking vacation and learn how to spot a ‘fake’ sanctuary. Sign this petition to help end elephant tourism abuse in Thailand.

This article was first published by OneGreenPlanet on 9 November 2019.