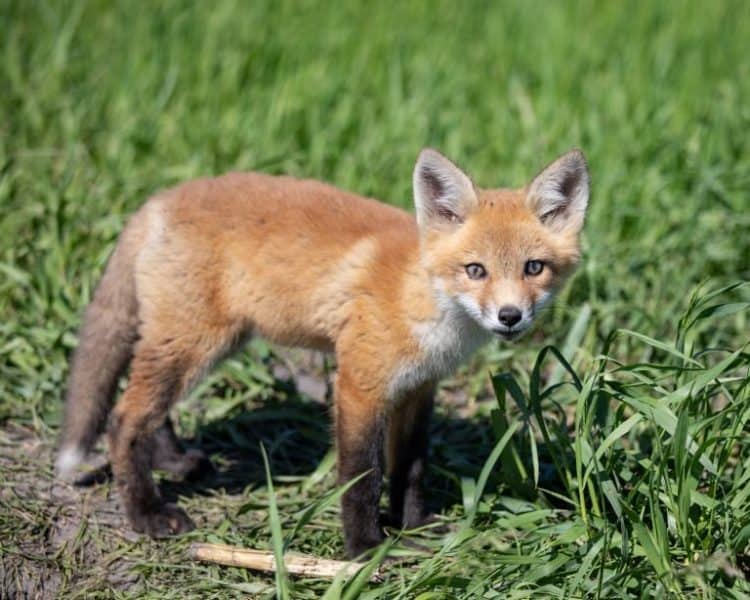 When a fox befriended this local animal lover’s dog, she kept an eye on him. When the fox’s brother was killed, she took the fox under her care.

Cliodhna O’Leary and “Foxy” have now formed a special bond. So special, that O’Leary took “Foxy” under her wing and adopted her to live along with herself and her springer spaniel puppy.

O’Leary said of the fox, “Every day, I call out her name and she comes running. But she will never come for anyone else as she is very wary and nervous. She then puts her paws on my leg and lets me pet her. Or sometimes, I wake up and she is at my window. I have let her in for food before.

She gently takes it from my hand and then hops back out. She is such a beautiful animal. I’ve fed her since she was about two weeks old – she used to visit with her brother. It was so sad when he got ran over as she was always calling out for him. She missed him terribly but I think my pug and springer spaniel helped her as they’ve become friends.”

The fox now goes on walks with her and her dogs! O’Leary is thrilled about the bond the new family has forged. Foxy has quite an appetite and O’Leary compared her to a dog, “She is a little bit like a dog but she is always listening and on the lookout. Her ears are always up and she is ready to run. She is also always smiling. It is so amazing. She grins at me every day.”

“She will eat almost anything. I have no doubts that she would eat my chicken and hens but she hasn’t. I tend to feed her meat. She is such a pleasure to be around and it has been amazing watching her grow,” she shared in the Daily Mail.

This article was first published by OneGreenPlanet on 19 January 2021. Lead Image Source: Nolanberg11/Shutterstock.com.