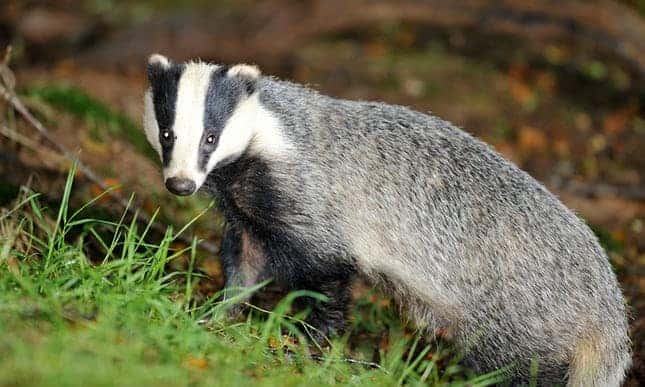 Another 1,000 badgers are set to be killed this autumn and winter in the two UK counties where the controversial cull began four years ago.

Natural England confirmed on Wednesday that supplementary culls had been authorised in Gloucestershire and Somerset.

The original culls were authorised for four years and critics argue the move to introduce supplementary culling shows the policy is not working.

In the coming days new culling areas are expected to be announced as far north as Cheshire and as far east as Wiltshire that could see as many as 10,000 badgers killed in the next few months. So far almost 15,000 badgers have been culled since 2013.

Activists are preparing to disrupt culls in Somerset, Gloucestershire and any other areas that are revealed. New tactics include saboteurs investing in detectors for the radios that marksmen and women are known to carry and the use of drones fitted with infra-red cameras to help them pick up shooters and badgers caught in traps.

Natural England said supplementary culling would take place annually for the next five years in Gloucestershire and Somerset. It said start dates would be decided by the companies licensed to carry out the culling.

A letter to the company authorised to carry out the cull in Gloucestershire said the minimum number of badgers it should aim to kill was 160 and the maximum allowed was 580. The minimum in Somerset has been set at 140 and the maximum 610.

The cull in England is part of the government’s attempt to reduce tuberculosis in cattle.

But Jay Tiernan, of direct action group Stop the Cull, said: “Natural England’s authorisation of continued culling in both Somerset and Gloucestershire can only be viewed as an admission of a complete failure of the culls to address bovine TB in cattle.”

He added: “The culls in both areas will continue to be disrupted. It makes no difference how many new zones are rolled out; there will now always be locals in all areas going out and doing their best to stop the pointless killing of badgers.”

The Department for Environment, Food and Rural Affairs said supplementary culling was being carried out following advice from the chief veterinary officer, Nigel Gibbens, that keeping badger populations low would help manage the disease risk.

Last week the Guardian revealed that hundreds of thousands of taxpayers’ pounds have been spent on equipping badger cull marksmen with radios linking them directly with police.

Police have advised the government to invest in the same communications system they use to make it easier for officers to get to conflicts with cull saboteurs in remote areas where mobile phone signal is poor.

This article was first published by The Guardian on 30 Aug 2017.

Who Needs such MONSTER LEADERS ?? THE ONLY THING THEY KNOW IS KILL AND DESTROY LIFE ITSELF —- WE PEOPLE WILL BE BETTER OFF WITHOUT SUCH PSYCHOPATH ‘ leaders ‘

The UK Goverment has surely lost its way and animals like badgers are paying the heaviest price for this lack of intelligence and panic!

why?? surely this is unnecessary! We have to stop killing everything in our path! We don’t have a right to do this! Its crazy!

Why does the UK government not kill ALL animals simply? After the birdies the bagers, then the foxes and then what else? It would be much easier…. NO? You don’t agree? It seems that the UK is for animal-free UNITED KINGDOM… NO? YOU still not agree? Anyway. Replace the government by badgers, birdies and foxes and you would be MUCH BETTER OFF!!!!!!!

Appalling, placating measures by an ineffective government who is making a non- scientific cull – this is truly tragic!

This is so cruel. Please do not kill these adorable animals.

Because they’re a bunch of inbred Islanders..

Men are freaks and idiots. We are in their territory. Invasion of the Human Virus. The first thiong men say is Kill them. Murder them. You are the ones who should be shot. Jeeze you are killing thousands every year. Our planet is iin enough trouble without you Men around the world Murding for sport or territory.White men suck. They are the stupidest men on Earth.

When the Badgers are all killed what other animal will be culled to stop Teburculosis in cattle?

This is disgraceful once again. Leave these animals alone. What is the matter with humans?