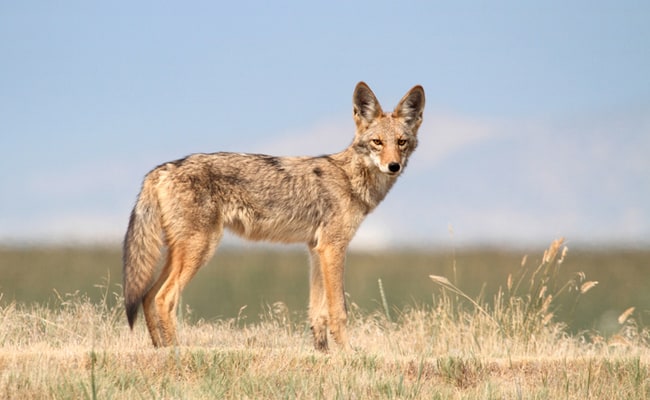 Conservationists are celebrating another win for wildlife with an announcement that another county in California has suspended its contract with Wildlife Services, a program run by the U.S. Department of Agriculture (USDA) that has come under increasing fire for its cruel and wasteful war on wildlife.

Although it sounds like a program that should be helping wildlife, it instead wastes millions of taxpayer dollars every year – mainly at the behest of agricultural and hunting interests – to kill millions of wild animals, including native predators, protected species and companion animals. In 2017 alone, 2.7 million animals were senselessly killed.

Unfortunately, not only is the annual death toll heartbreaking, so is its continued use of a host of cruel and indiscriminate methods used to slaughter wildlife, ranging from traps, snares, poisons and gas to aerial gunning.

While the program has come under increasing scrutiny, several counties in California have ended their contracts with Wildlife Services, in favor of humane, non-lethal alternatives and now wildlife advocates are celebrating Siskiyou County joining that list.

According to the coalition, Wildlife Services killed approximately 28,000 animals in Siskiyou County from just 2008 to 2016, without assessing the environmental damage it was causing, or considering alternatives.

Species targeted range from badgers, raccoons, skunks, opossums and beavers to foxes, black bears, mountain lions and coyotes, in addition to thousands of birds. The program in the county has also faced criticism for using cruel and indiscriminate traps and snares, which killed non-target animals, including dogs and cats, and for putting protected species, like tricolored blackbirds, at risk.

“Siskiyou County’s decision recognizes the unacceptable risk that Wildlife Services’ methods present to the many threatened and endangered species that call the county home,” said Johanna Hamburger, a wildlife attorney at the Animal Welfare Institute. “This is a significant step that will protect species such as the tricolored blackbird, which has declined by nearly 90 percent in the past 90 years, and is easily mistaken for other species of blackbirds that Wildlife Services routinely targets.”

The change is an important win for wildlife, and a promising step towards promoting more cost-effective, non-lethal alternatives for wildlife management, dealing with “nuisance” animals, and promoting coexistence with other species, as other places, like Marin County, have already proven is possible.

“Siskiyou is the fourth county to suspend its contract with Wildlife Services as a result of our efforts,” said Stephen Wells, executive director of the Animal Legal Defense Fund. “Other California counties with wildlife-killing programs should sit up and take notice: This succession of wins for wildlife has generated a momentum that is impossible to ignore.”

This is a win that gives me hope, as Siskiyou county has a large contingent of pleasure-killers toyinng with guns. It remains one of California’s best counties, although the massive wildlife barrier of I-5 chops it up. what remains: wildlife adapt to wildfires. Human “salvage ” logging destroys the near future even in moderately burned areas. Certain deeply locally invested groups, like EPIC and indigneous, try to prevent this human devastation. But public Forest Lands are obsoletely run by foresters who consistently decide in favor of denuding the landscape. USDA is the dept of Agriculture, utterly inappropriate for the last… Read more »

Good news always reminds us that out there, there is kindness