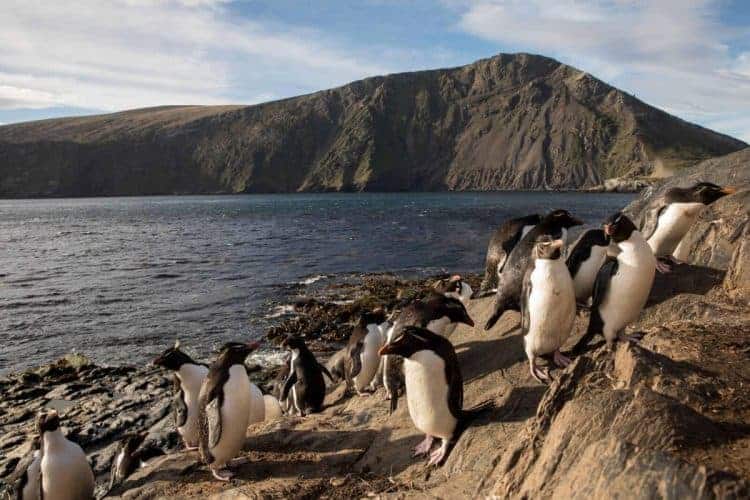 By designating these two marine parks, Argentina has increased the total area of its protected ocean to about 8 percent.

This puts the country closer to achieving its commitment of protecting 10 percent of its national waters by 2020 under the biodiversity targets of the United Nations Convention on Biological Diversity (CBD).

Many marine species in these parks are not found anywhere else on Earth. The sea floor is also covered by mountains and canyons and giant kelp forests, the expeditions conducted by National Geographic’s Pristine Seas team, the government of Argentina, the government of Tierra del Fuego, and the Forum for the Conservation of the Patagonian Sea, revealed.

“Argentina’s new marine parks are a significant step toward the preservation of the ocean and the diversity of ocean-dependent species in the Patagonian Sea,” Claudio Campagna, a marine scientist at the Wildlife Conservation Society (WCS), which has provided support for the creation of the parks, said in a statement.“These parks will permit marine wildlife to pursue their life cycles undisturbed.”

Industrial fishing is both an important source of revenue for Argentina and a threat to the country’s marine life. Data from Global Fishing Watch,an NGO that tracks and shares fishing information in near-real time, show that very few vessels fish in the areas now designated as marine national parks. This evidence helped move negotiations with the fishing industry in favor of the marine parks, Global Fishing Watch said in a statement.

There’s a growing movement worldwide to increase the coverage of marine protected areas. From430 marine parks in 1985 there are more than 15,000 protected areas today. These parks cover nearly 27 million square kilometers (10 million square miles), or about 7 percent of the Earth’s oceans, according to the latest figures from the U.N.’s Protected Planet data repository at the time of writing this story.

This article was first published by Mongabay.com on 14 Dec 2018.