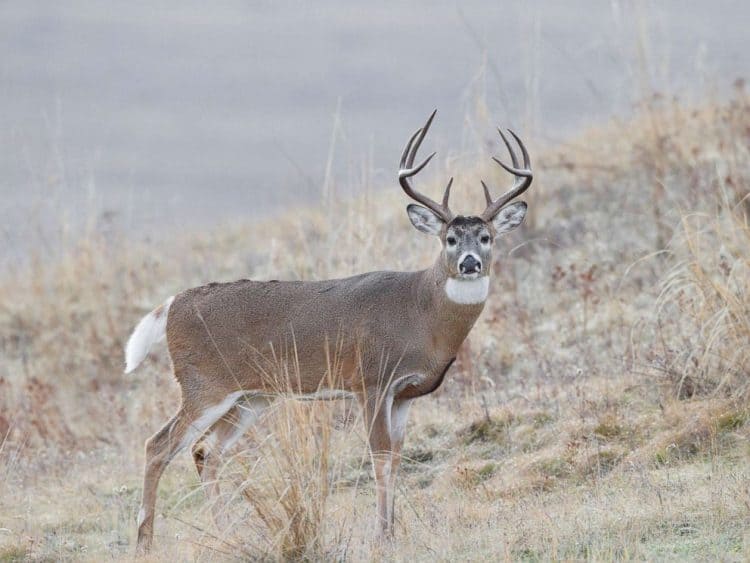 In what officials are calling a bizarre incident, an Arkansas hunter was killed by a deer that he thought he had shot dead.

Thomas Alexander, 66, was hunting deer near Yellville on Tuesday night when he believed he had successfully shot a deer, officials said.

Alexander, who lived in the area and was an experienced hunter,was sitting in an elevated deer stand during the state’s muzzle loader season, Keith Stephens, chief of communications with the Arkansas Game and Fish Commission, told ABC News.

After going down to check on his “kill,” Alexander soon discovered that the animal was in fact not dead.There was deer blood found in the location where the attack happened, Stephens said.

“It appears he shot the deer and he had put his rifle down near the deer stand and walked down to check and make sure it was dead,” Stephens said. “And that’s when whatever happened, happened.”

The deer, which was not fatally injured, got back up and attacked Anderson, who suffered several puncture wounds on his body.”Our assumption is the deer did gore him with his antlers,” Stephens said.

Alexander was by himself but was able to call his family for help, who then called emergency responders. He later died at the hospital. Officials do not plan to do an autopsy.

“It’s strange. Probably the only time it ever happened. We did have one in 2016 in southern Arkansas — but that hunter survived,” Stephens said. Officials are still looking for the deer, Stephens said.

This article was first published by ABC News on 24 October 2019.