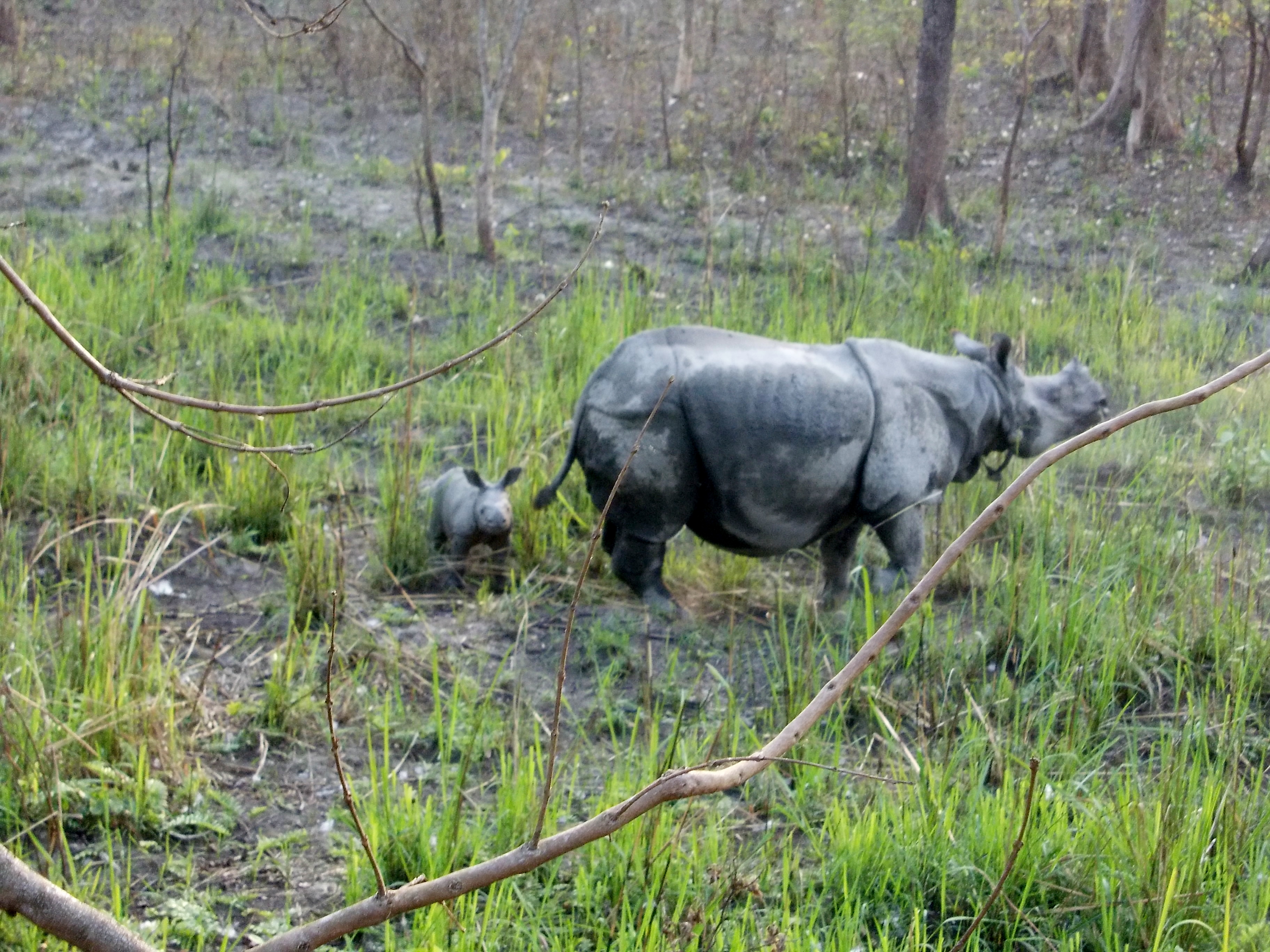 Two translocated rhinos in north east India have given birth indicating the rhinos are breeding successfully and have adapted well to their new environment. A male Rhino, translocated to the Manas National Park in the state of Assam in 2012, and a female, translocated in 2011, were sighted this week with their new born calves by WWF-India researchers and Assam Forest Department staff tasked with monitoring the rhinos.

The sighting confirms that the mating and subsequent pregnancy happened in Manas, in total three calves have been born to translocated rhinos in the park to date.

The good news comes amidst a recent spurt in poaching of rhinos in Assam, nine rhinos have been poached this year, the most recent case occurred in February when a rhino was found shot dead with its horn removed in Kaziranga National Park.

The two rhinos were translocated under the aegis of the Indian Rhino Vision 2020 programme (IRV 2020) – a joint initiative of the Department of Environment and Forests, Government of Assam; WWF-India; the International Rhino Foundation (IRF) and the US Fish and Wildlife Service, along with the Bodoland Territorial Council and supported by a number of local organisations.

A total of 18 rhinos – ten from the Pobitora Wildlife Sanctuary and eight from the Kaziranga National Park have been translocated to the Manas National Park so far.

Under IRV 2020, Manas National Park has been provided with much support to upgrade its infrastructure and monitoring capabilities to enable better protection for the translocated rhinos. It is now important to ensure the safety of these newborn calves and their mothers as well as the other rhinos in Manas so that the vision of establishing a viable rhino population is achieved over the long term.

WWF and IRF are excited at the prospect of partnering with the Assam Forest Department to return rhinos to the Laokhowa-Burachapori complex in Assam in the coming years, a site from where they were poached out in the 1980s.

The high demand for rhino horn in the illegal wildlife trade continues to be the biggest threat this newly established rhino population is facing with three translocated rhinos having fallen prey to poachers in the past two years.

At this month’s Convention on the International Trade of Endangered Species (CITES) world governments decided to start taking action against countries doing little or nothing to stop the illegal ivory and rhino horn trades.

Governments extended better protection to threatened rhinos by pledging to work against organized crime syndicates that are smuggling rhino horn through the black market by increasing penalties. In addition, countries adopted a plan to reduce demand for illegal wildlife products like rhino horn, which is believed wrongly to be a miracle cure in Viet Nam.