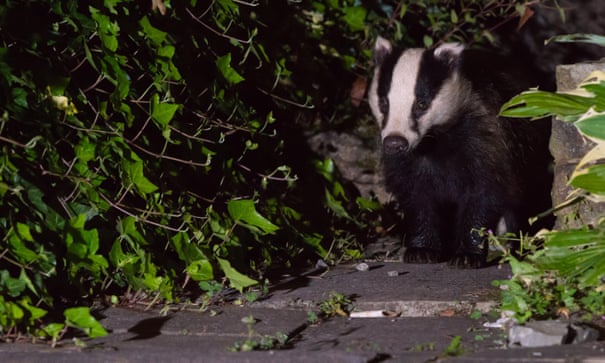 The government’s badger cull is being expanded to 11 new areas of England including parts of Oxfordshire, Lincolnshire, Leicestershire and Derbyshire so that more than 60,000 badgers can be killed.

Conservation groups said the expansion was a betrayal of trust after the government this year pledged to phase out the badger cull, intended to reduce bovine TB in cattle, after a scientific review cast doubt on its efficacy.

Dominic Dyer, the chief executive of the Badger Trust, said: “The decision to expand the badger cull is a huge betrayal of public trust by the government. Despite responding to the Sir Charles Godfray TB Review in March with a clear commitment to phase out badger culling in favour of TB vaccination of badgers and cattle, the government is now embarking on a mass destruction of badgers, which is little more than ecological vandalism on an unprecedented scale.”

Jo Smith, the chief executive of Derbyshire Wildlife Trust, also condemned the decision. “This is a staggering government U-turn and one which will result in thousands of healthy badgers being shot across England this autumn.

“We are at a critical turning point for our natural world and this latest U-turn should set alarm bells ringing. Culling is an outdated policy that seeks to eradicate protected wildlife rather than addressing the real problem which is the main cause of bovine tuberculosis: cattle-to-cattle infection.”

For the first time, culling – including cage-trapping and “free shooting” – will take place this autumn in Derbyshire, Warwickshire, Shropshire and Oxfordshire, where successful badger vaccination projects are under way. Vaccinating badgers has been shown to reduce bovine TB in badger populations.

The government has yet to respond to a formal complaint that the cull breaches the Bern convention, while the humaneness of the shooting of free-running badgers allowed under cull licences is being challenged in the high court.

The Badger Trust said the government had yet to publish any reliable scientific evidence that culling was reducing TB in cattle, but the National Farmers’ Union (NFU) said peer-reviewed research showed reductions in new cattle TB outbreaks of 66% in Gloucestershire and 37% in Somerset.

Stuart Roberts, deputy president of the union, said: “The NFU has always supported the government’s 25-year eradication strategy, which provides farmers with a lifeline for tackling bovine TB, and using all available measures to tackle this horrendous disease, including strengthening cattle movements, enhanced biosecurity and controlling the disease in wildlife.

But critics point out that the 66% reduction in Gloucestershire was followed by a 130% increase the following year. Iain McGill, a vet who signed an open letter to Boris Johnson in the Veterinary Record, alongside Jane Goodall, Chris Packham and others, said the real cause of bovine TB in cattle was infected cows going undetected by the existing skin test, which picks up only half of those with infections. “This shames the veterinary profession to its very core,” he said.

The government said it still intended to phase out “intensive badger culling in the next few years, while ensuring that wildlife control remains a tool that can be deployed where the scientific evidence supports it”.

It recently announced long-awaited trials of a bovine TB cattle vaccine and awarded £500,000 in grants for projects to devise new tools to better diagnose the disease in cattle.

George Eustice, the environment secretary, said: “Bovine TB is one of the most difficult and intractable animal health challenges that the UK faces today, causing considerable trauma for farmers and costing taxpayers over £100m every year.

“No one wants to continue the cull of a protected species indefinitely. That is why we are accelerating other elements of our strategy, including vaccination and improved testing, so that we can eradicate this insidious disease and start to phase out badger culling in England.”

This article was first published by The Guardian on 7 September 2020. Lead Image: The cull is being expanded to 11 new areas of England including parts of Oxfordshire, Lincolnshire, Leicestershire and Derbyshire. Photograph: Mike Bryant/Alamy.

Apparently the mindset (slaughtering wildlife rather than actually DEALING with the disease) is the same in US as in England. Here rather than killing badgers – WE kill bison (buffalo). There has never been an instance where cows “caught” brucellosis from bison BUT because livestock producers think it can happen – we kill buffalo. Rather than vaccinating cattle against the disease! It appears livestock producers are the same no matter where they exist.

This is unbearable. I cannot believe what this vile government is doing to these INNOCENT, beautiful, iconic and irreplaceable wild animals of ours. It is too barbaric, corrupt, sick, mindlessly cruel and brain dead for words. They refuse to listen to the truth and the clear facts about these amazing animals, they clearly just want to kill to make themselves feel better. We CANNOT lose our beloved Badgers, I am beside myself with fury and exasperation!

What is going on in this world? Do we kill everything off…how sad

“The greatness of a nation and its moral progress can be judged by the way its animals are treated”. Gandi.

Cruel and stupid does on steroids

Anyone finding traps should destroy them.