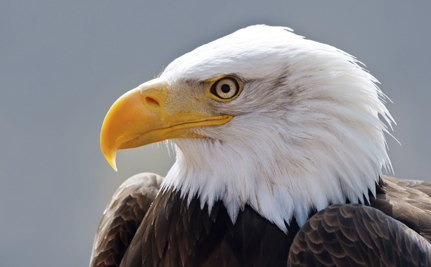 A growing number of bald eagle deaths in Utah have left state wildlife officials without any solid explanations as they continue to dig into the mystery in search of answers.

This month, 21 bald eagles have been found with a mysterious illness, of which 16 have died. Normally the state sees bald eagle numbers range between 700 and 1200 during their winter migration from the North and wildlife officials expect to see just a few cases of deaths or those needing help as a result of injuries or illness. The sudden number of deaths and unexplained symptoms has everyone worried.

Residents began finding the downed eagles earlier this month, and at least nine have been taken to the Wildlife Rehabilitation Center of Northern Utah for treatment, which is currently taking care of four survivors.

Rescuers there recount the difficulty of watching a fierce national symbol of strength inexplicably suffering from debilitating symptoms that include body tremors (video), seizures, paralysis, and weakness in their wings, legs and feet.

“It’s just hard to have your national bird in your arms, going through seizures in a way it can’t control ― when you can see it’s pain but don’t know what’s happening to it,” Buz Marthaler, co-founder of the rehabilitation center, told the LA Times.

Experts are trying to rule out suspected causes, which range from diseases, neurotoxins, lead poisoning and radiation from the Fukushima meltdown.

Leslie McFarlane, Utah wildlife disease coordinator, told Reuters that poisoning from lead ammunition has at least been ruled out in preliminary tests of carcasses by National Wildlife Health Center’s lab in Wisconsin and that diseases are suspected because of the symptoms the eagles are showing. Other types of poisoning aren’t high on the list of culprits because of the cases of eagles being found spread across several counties.

The symptoms resemble West Nile virus, but according to McFarlane that would be unlikely because there are few mosquitoes at this time of year. Officials also looking into whether the deaths could have anything to do with a die-off of grebes at Great Salt Lake in November, which was caused by avian cholera – a bacteria the eagles could have come into contact with by eating the infected birds.

This week a wildlife official from Idaho reached out and said eagles there were also getting sick, which could mean the raptors were already ill before they got to Utah, according to the LA Times.

Still, the worst fear seems to be identifying the cause and finding out that human intervention won’t be able to stop it from killing more of these iconic birds.

“There’s all kinds of diseases out there in nature that take the lives of wildlife. You know, a lot of those diseases, there’s not a whole lot that people can do about them. That’s just what happens out in nature,” Mark Hadley, a spokesman for the Utah Division of Wildlife Resources, told the Public News Service.

While they wait for the results of mores tests, wildlife experts are advising people who find eagles who are downed or appear to be in distress to leave them be and call the Utah Division of Wildlife Resources for help.