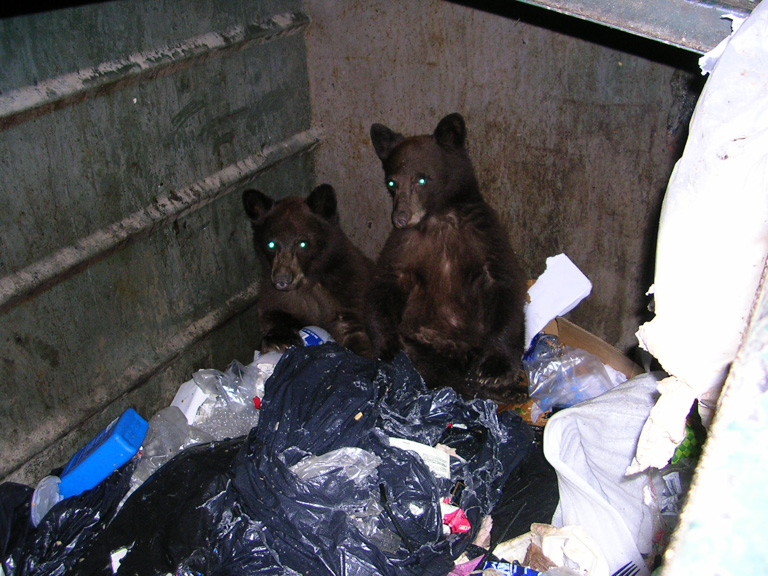 Scientists have mapped out instances of human-black bear conflict in a part of the U.S. state of Nevada where bears are returning decades after they vanished.

The results of their analyses, reported in the October issue of the journal Global Ecology and Conservation, could help wildlife managers identify specific sites where this type of conflict is more likely in the future, potentially allowing them to avert the deaths of black bears as a result.

“Ultimately the goal of conservation is to have more individuals of species like bears and other carnivores on landscapes like we have accomplished in the Great Basin, but we then have to understand how to limit their mortality that results from conflicts with humans,” conservation scientist and study co-author Jon Beckmann, who directs the Wildlife Conservation Society’s Rocky Mountain West program, said in a statement.

The area around Lake Tahoe in western Nevada extending east into the Great Basin Desert had been home to black and grizzly bears until the 1930s. But changes to their habitat and their persecution as predators led to their disappearance from much of the region. Recently, however, restored habitats have made the area more hospitable, and authorities have put new wildlife regulations in place, encouraging black bears to move back into the area. At the same time, recreational opportunities such as skiing and hiking have become more popular, leading to the development of resorts and housing.

To better understand the implications of these converging trends, the authors plotted out the deaths of black bears — 382 in all — recorded from 1997 until 2013 in this area. Most of the bears either died in collisions with vehicles or were euthanized by wildlife managers because they’d had run-ins with people and were considered a danger to human safety or property.

The team then used a statistical model to figure out what factors in the environment heightened the risk of death for black bears. The modeling revealed that more bears died closer to towns, roads and livestock pastures in the study area. But the analyses also uncovered the effects of such variables as the number of hiking trails in an area, the distance to recreation sites, and the type of forest nearby in determining the risk to black bears.

“We were surprised to find subtle indicators of human activity were important drivers of bear mortality risk, an important finding for wildlife recovery efforts,” Rae Wynn-Grant, a conservation biologist with the American Museum of Natural History in New York and the study’s lead author, said in the statement.

The authors believe the growth of the bear population could hinge on minimizing the deaths of bears stemming from tangles with people.

What’s more, these strategies and the insights they yield could help wildlife managers in other parts of the country with rising black bear populations, the authors write. These methods might also be valuable in other parts of the world where other carnivores may be threatened by the shifting “wildland-urban interface” that puts them in greater contact with people.

This article by John Cannon was first published on Mongabay.com on 5 Nov 2018.