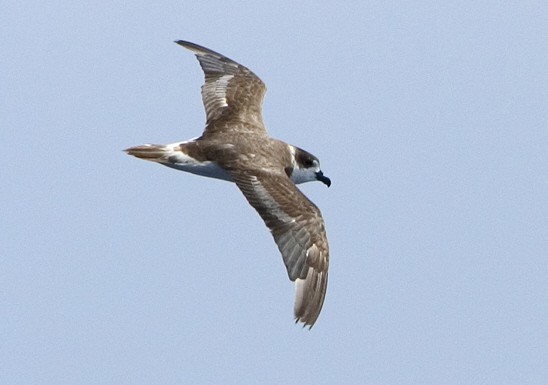 The recovery program for a bird once believed extinct, the Bermuda Petrel, also locally called the Cahow, has reached a major milestone. More than 100 nesting pairs now exist in the wild.

The nocturnal, ground-nesting Bermuda Petrel is the national bird of the country. It was abundant at the time Bermuda was discovered, over 500 years ago, but predation by introduced cats, dogs, rats, and pigs took a massive toll, as did hunting by the island’s new settlers. Such losses led many to believe the bird had become extinct. Although specimens collected in the early 1900s confirmed that the bird still existed it was not until 1951 that 18 nesting pairs were discovered on several small rocky islets in Castle Harbour. Those pairs were producing only about seven or eight chicks per year, not enough to guarantee the species’ survival. An intensive Cahow Recovery Program was begun in 1961 and is today managed by the Department of Conservation Services.

The program has worked hard to control predators, build artificial nest burrows, and carry out research to promote the recovery of the Cahow. With this intensive management, the Cahow population continues to move towards becoming self-sustaining. Last year they produced a record 56 fledged chicks.

According to Jeremy Madeiros, Senior Terrestrial Conservation Officer, this year the Recovery Program has reached a critical milestone—100 nesting pairs of petrels. “The ultimate objective is to increase the number of nesting Cahows to at least 1,000 nesting pairs,” he says.

“This has been an amazing success story that involves the same kinds of issues we see in many island locations when new species of predators and/or grazing animals are introduced to delicately balanced island ecosystems. The predation and impacts to habitat can be devastating, and have caused countless species to go extinct around the world. The Cahow recovery project is a great example of how these threats can be overcome,” said Dr. George Wallace, Vice President for Oceans and Island for American Bird Conservancy.

The Bermuda Petrel is confined to five small islets at the mouth of Castle Harbour, east Bermuda. At sea, the Bermuda Petrel is occasionally seen off the shores of Cape Hatteras, North Carolina and information from archival dataloggers and satellite telemetry shows that the petrels range widely in the Atlantic along the Mid-Atlantic US and northward to the Canadaina Maritime provinces, eastward to the Azores and beyond and as far northeast as the seas west of Ireland. . The breeding season runs from January to mid-June. Typically, one egg only is laid in January, hatches in late February and early March, with the chicks fledging in late May-early June. While Cahows mate for life, they do not begin breeding until they are about five years old.