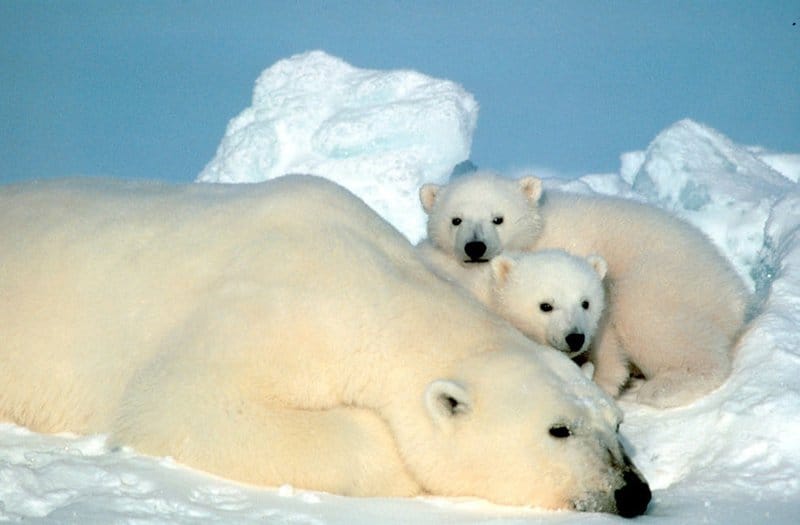 ANCHORAGE, Alaska— The Biden administration issued a proposed rule today allowing oil companies operating in the Beaufort Sea and Western Arctic to harass polar bears and Pacific walruses when drilling or searching for oil for the next five years.

“It’s maddening to see the Biden administration allowing oil companies to continue their noisy, harmful onslaught on polar bears. Oil in this sensitive habitat should stay in the ground,” said Kristen Monsell, an attorney at the Center for Biological Diversity. “President Biden promised bold action to address the climate crisis, yet his administration is proposing to allow business-as-usual oil drilling in the Arctic. Polar bears and walruses could pay a terrible price.”

The Southern Beaufort Sea population is the most imperiled polar bear population in the world. With only about 900 bears remaining, scientists have determined that the survival of every individual bear is vital to the survival and recovery of the population.

The heavy equipment used in seismic exploration and drilling activities can crush polar bears in their dens or scare polar bears out of their dens too early, leaving cubs to die of exposure or abandonment by their mothers. The noise generated by routine operations can disturb essential polar bear behavior and increase their energy output.

Walruses are also incredibly sensitive to human disturbance. Without summer sea ice for resting, walrus mothers and calves have been forced to come ashore, where they are vulnerable to being trampled to death in stampedes when startled by noise.

In addition to seismic exploration, the rule covers construction and operation of roads, pipelines, runways, and other support facilities. It also covers well drilling, drill rig transport, truck and helicopter traffic, and other activities.

The Marine Mammal Protection Act generally prohibits killing, harming or harassing a marine mammal. The statute allows the federal government to authorize certain industrial activities to harm and harass marine mammals, provided such activities will take only a “small number” of animals and have no more than a “negligible impact” on the population.

The proposed rule covers existing and planned activities across a wide swath of Alaska’s Arctic, including 7.9 million acres in the Beaufort Sea, and onshore activities from Point Barrow to the western boundary of the Arctic National Wildlife Refuge. It includes the Willow development project that the Center and allies have challenged in court, and which the Biden administration this week submitted a brief defending.

The U.S. Fish and Wildlife Service will be accepting public comment on the proposed rule for 30 days.

This article was first published by The Center for Biological Diversity on 28 May 2021. Lead Image: Arctic polar bear with cubs. (Credit: USFWS).