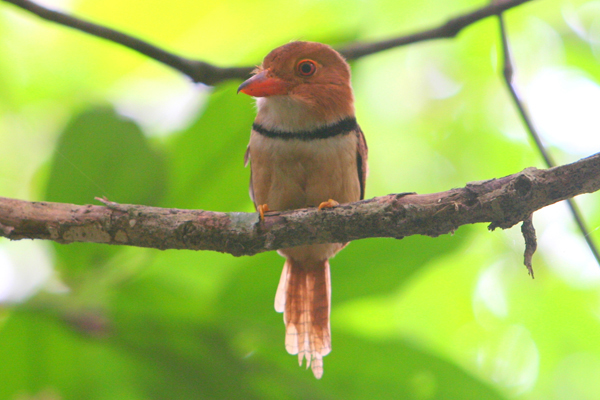 From 2000-2009, scientists described on average seven new bird species worldwide every year. Discovering a new bird is one of the least common of any species group, given that birds are highly visible, mobile, and have been scrutinized for centuries by passionate ornithologists and birders. But descriptions this year already blows away the record year over the last decade (in 2001 when nine new birds were described): scientists working in the southern Amazon have recorded an incredible 15 new species of birds according to the Portuguese publication Capa Aves. In fact, this is the largest group of new birds uncovered in the Brazilian in the Amazon in 140 years.

“Describing new species is not a trivial task,” Luis Silveira, of the University of São Paulo, told Wired. “We considered a bird as a new species when at least two of the three criteria—plumage, voice, and genetics—were consistently different from some previously known and closely related, already described species.”

Currently, scientists haven’t released the scientific names and ranges of all of the new birds species. Descriptions of the new species are expected later this month and in July in a special series in the Handbook of the Birds of the World. Some of the species lack photographs, but will appear in illustrations instead.

“If you publish […] each paper separately in different magazines, impact would not be the same,” Silveira told Capa Aves.

Discovered in Brazil’s southern Amazon (including the states of Amazonas, Pará, Acre, Rondônia and Mato Grosso), 11 of the new species are known only from Brazil’s forests, while four others can be found in parts of Peru or Bolivia as well. The new species include four woodcreepers, five antbirds, three tyrants, one puffbird, one gnatcatcher, and one crow, and in total represent a 1 percent growth in Brazil’s known birds.

Unfortunately, four of the new species are believed to be already threatened with extinction, including the new crow. Deforestation is rampant in this part of the world, and many of the new species depend on specialized habitat that could quickly be extinguished.

“The [new crow’s] habitat is in danger and we [may] lose the species before [we] had time to study it thoroughly,” Mario Cohn-Haft, a researcher at the National Institute for Amazonian Research (INPA), told Capa Aves.

Cohn-Haft says that the birds are tell-tale signs of the incredible biodiversity of the imperiled Amazon.

“Even [with the Amazon] having one of the best known groups of birds, discovering new species ‘under our noses’ draws attention to the wealth of the forest. The Amazon continues to offer surprises, far beyond what we imagined,” she says.