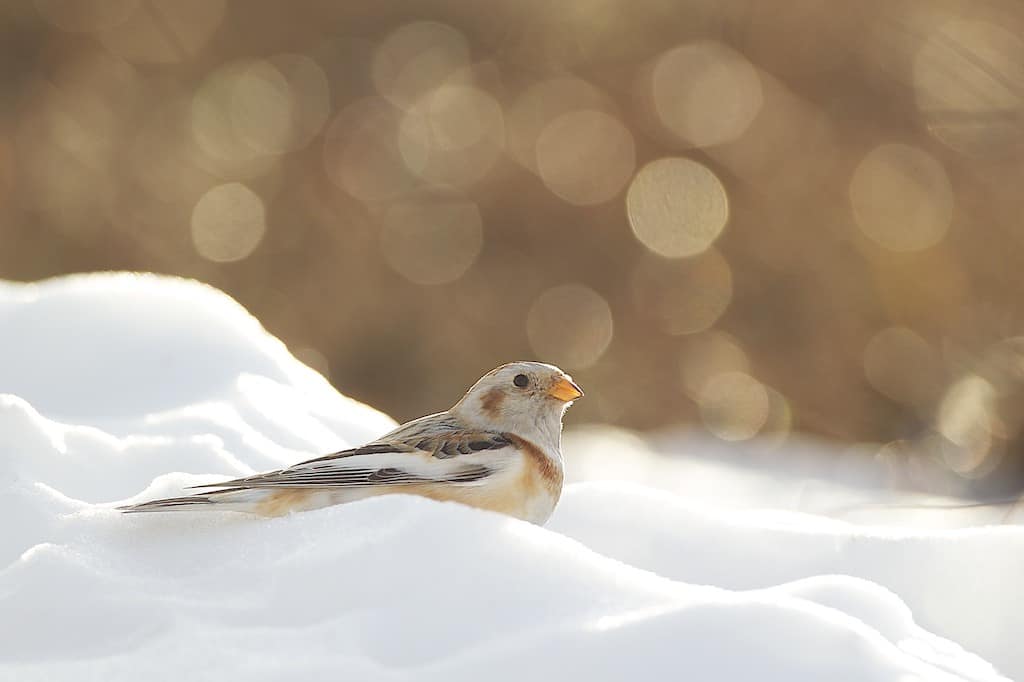 “When the snowbird sings for the first time, we know that winter is finally coming to an end.” For the people of the Alaskan village of Kaktovik, a small community of native Inupiat people on the edge of the Arctic Ocean, the return of the snow bunting is a key event in the annual calendar.

I visited Kaktovik in September, just as the brief summer gave way to the chill winds of autumn, heralding the darkness of winter. Even at this time of year, long before the temperature plummets to unimaginable lows, I had to don many layers of warm clothing to avoid feeling permanently frozen. How these tiny birds manage to cope is beyond my comprehension.

Snow buntings are, without question, the toughest small bird on the planet. No other songbird ventures so far north, and stays so far beyond the Arctic Circle, during the grim northern winter, when they – and the local people – must endure weeks of almost permanent darkness.

Snow buntings are so hardy that they are one of only three species of bird to have been sighted at the north pole – the other two being seabirds, Kittiwake and Fulmar.

On my visit to Kaktovik there were just a handful of bird species remaining from more than a hundred that visit the region to breed during the short but productive Arctic summer. The only other songbird was an almost equally tough little finch, the Arctic redpoll; while other landbirds included ravens, whose deep, throaty call echoed across the wind-blown landscape, and a solitary peregrine, which I glimpsed on my final day there.

Waterbirds were more plentiful, with several species of duck: flocks of surf scoter and long-tailed ducks offshore, and a few pintail on the tiny ponds around the village. There were also white-fronted geese, divers (or loons, as our American friends call them), and hundreds of gulls.

The local people are allowed to harvest three bowhead whales each autumn, to provide enough food for the coming winter. The remains of each whale are placed on a huge bonepile onthe edge of the village, attracting great numbers of polar bears to feed on this free meal. All around the bonepile were vast flocks of glaucous gulls – named after a Greek word meaning pale bluish-grey – which erupted in flurries as the bears approached too close for comfort.

But it was the presence of the snow buntings that really reminded me that I was in the Arctic. I have seen these birds as far south as Norfolk and near my home in Somerset, where a few turn up each winter. I have also watched them on top of the Cairngorms, and, most incongruously, singing in the car park at Iceland’s Reykjavik Airport.

But seeing them here was a timely reminder that the snow bunting truly belongs where its name suggests, in the far north of our planet.

This article was written by Stephen Moss for the Guardian.