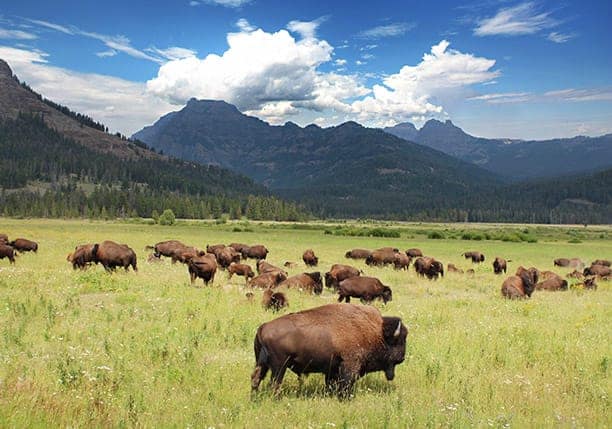 State and federal agencies expect to reduce the size of the Yellowstone National Park bison herd by 600 to 900 animals this season. That’s about the same number as last year.

Currently the Yellowstone bison herd is estimated to number about 4,900 animals, up about 300 from a year ago. Park managers say they attempt to keep the herd at about 4,000 animals by the end of each winter.

Hunters are expected to harvest 200 to 300 animals this season. The rest will be captured and slaughtered, though as many as 110 will be quarantined for eventual shipment to tribal bison preserves.

Park biologist Chris Geremia said managers have a lot of competing goals to meet when deciding on the bison cull numbers. He said that includes, “To support bison migration outside the park, to support and conserve the bison population, to support tribal and state hunting outside the park, while minimizing the total migration which in turn minimizes the chance of brucellosis transmission.”

Geremia said with winter weather starting early this season, he expects a a substantial migration of bison out of the park and into the Gardiner basin this winter.

He also said the Yellowstone bison herd is out of balance. He said right now there are more older male bison than female animals. So, he says more bulls are likely to be targeted this season.

This article was first published by Q2 Montana’s News Leader on 3 December 2019.

If Bison are to be eaten there are plenty of impure herds for that. A pure-bred herd like Yellowstone should be given the highest protection.

I don’t think this has anything to do with them being used as food.