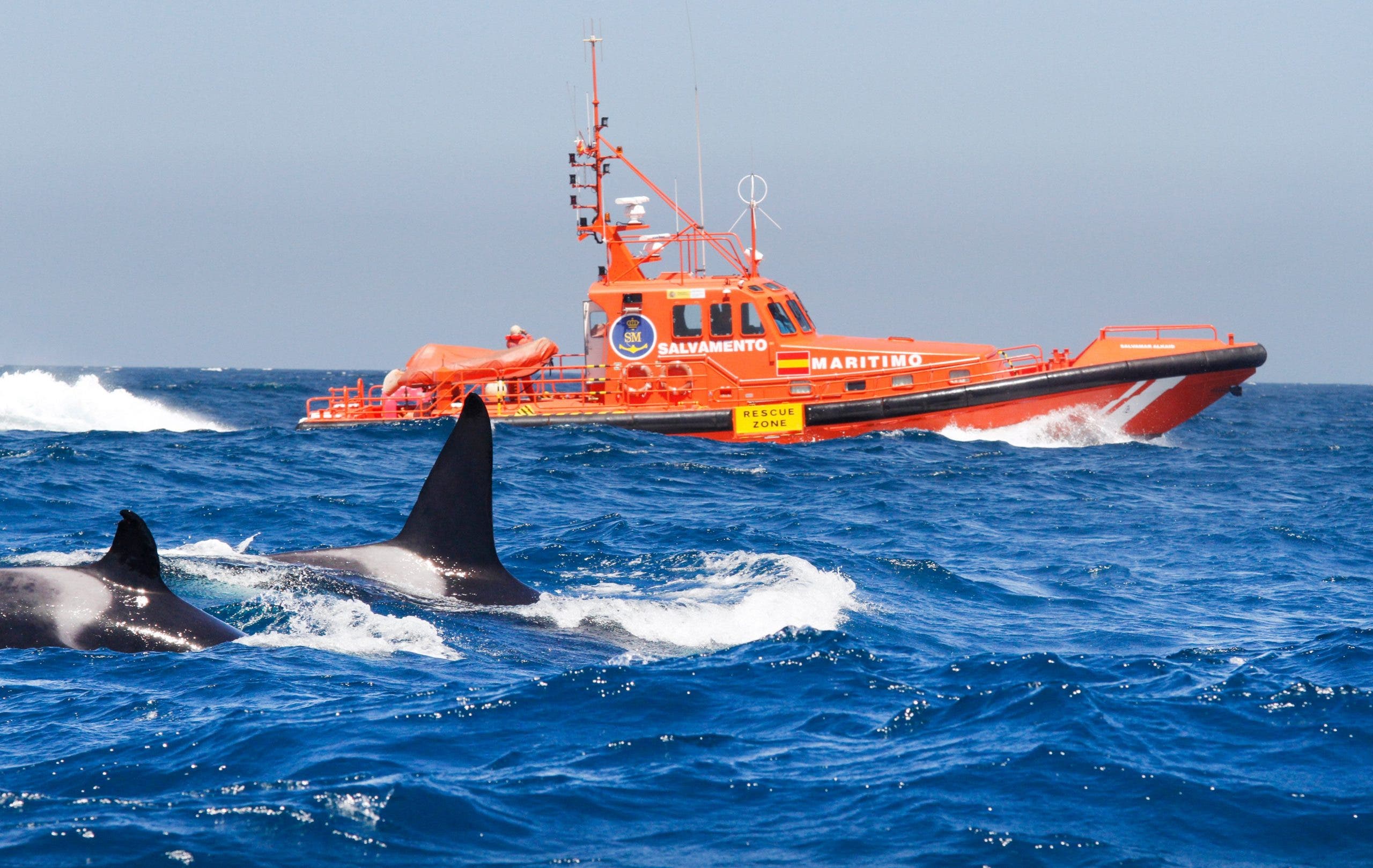 Maritime authorities in Spain have warned sailors off the coast of Galicia to give orcas a wide berth after a naval yacht lost part of its rudder following a brush with two of the whales and a similar incident left a French boat with minor damage.

Both encounters took place hours apart on Sunday in the Rías Baixas area of north-west Spain. The French boat was found to have marks consistent with the orcas rubbing against its hull, while the Mirfak – a Spanish naval yacht en route to a regatta – lost part of its rudder after the boat attracted the animals’ attention.

A video shot by the one of the Mirfak’s crew shows the animals swimming alongside and underneath the boat before the sailors realise the rudder has been damaged.

On Monday, Spain’s maritime rescue service warned vessels in the area of the presence of the orcas, and asked sailors “to keep their distance, give them a lot of leeway and inform the coastguard”.

Experts from the Co-ordinator for the Study of Marine Mammals (Cemma) in the Galician town of Nigrán are investigating the episodes, which they describe as highly unusual.

Alfredo López, a biologist at Cemma, said orcas were usually spotted off Galicia in September each year when the whales make their way up from the Gulf of Cádiz and follow tuna into the Bay of Biscay.

“We’re looking into the matter but we don’t yet have all the information we need to draw a clear conclusion,” López told the Guardian. He said the “interaction” with the French boat had taken place at about midday on Sunday, while the Mirfak had encountered the orcas about five hours later in the same area.

“We managed to get a look at the French boat, which showed evidence of contact, of the animal brushing up against the hull, but there was no evidence of structural damage in that case,” he said.

“The navy boat seems to have broken its rudder, but we’re waiting to see if they’ll let us examine it and the rest of the boat.”

López said he and his colleagues were in touch with teams in Portugal to check through similar cases there and to determine whether the same animals were involved.

He added: “These interactions are very rare and aren’t something we’ve seen here before.”

Orcas, also known as killer whales, can weight up to six tonnes and live for up to 80 years.

This article was first published by The Guardian on 1 September 2020.