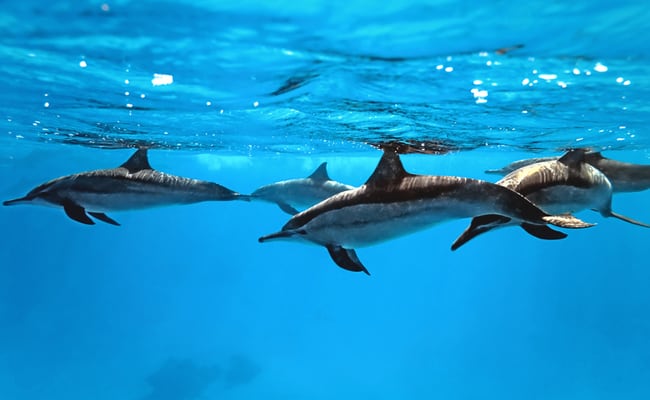 Animal advocates and conservationists are applauding the government of Canada for introducing a measure that will ban the capture of whales and dolphins for captivity.

The measure is included in an overhaul of the Fisheries Act aimed at restoring protections for fish and their habitat. The measure will allow the minister of fisheries to make exceptions for cases involving injured or distressed cetaceans who need rescue and rehabilitation. While no permits have been issued for captures since the early 1990s, this will ensure no more ever are.

“The public acceptance of keeping these majestic creatures in captivity has changed and we think the law should also change to reflect that so we’re going to ban the taking of cetaceans,” Fisheries Minister Dominic LeBlanc told reporters in Vancouver. “We think Canadians massively support that principle.”

Better still is that this change comes as the Senate is debating another bill that goes even farther to protect whales and dolphins, and ensure Canada isn’t contributing to the cruelty inherent in keeping them in confinement.

The bill, Ending the Captivity of Whales and Dolphins Act (S-203), which was originally introduced in 2015 by then Senator Wilfred Moore, would prohibit breeding, imports, exports and live captures of whales, dolphins and porpoises throughout Canada.

Despite receiving widespread support from the public, along with conservation and animal advocacy organizations, it has yet to move forward. Now, although the change in the fisheries legislation is being welcomed, advocates for this bill are continuing to argue it’s still necessary to stop breeding and any further imports from other countries, which will ultimately end whale and dolphin captivity in Canada.

While those who are currently in captivity there will likely never be able to enjoy the freedom they should have in the wild, this groundbreaking legislation will ensure that no more suffer the way they have in Canada and will help set the stage for a future where we work to study and protect them in the wild where they belong.

The public has continued to turn against captivity as more people become aware about the harm the practice is causing.

Hopefully this legislation will get the support it needs to pass, and Canada will help send a message to the world that keeping whales and dolphins in captivity is no longer acceptable.

You can help empty the tanks in Canada by signing and sharing the petition asking lawmakers to pass the Ending the Captivity of Whales and Dolphins Act.