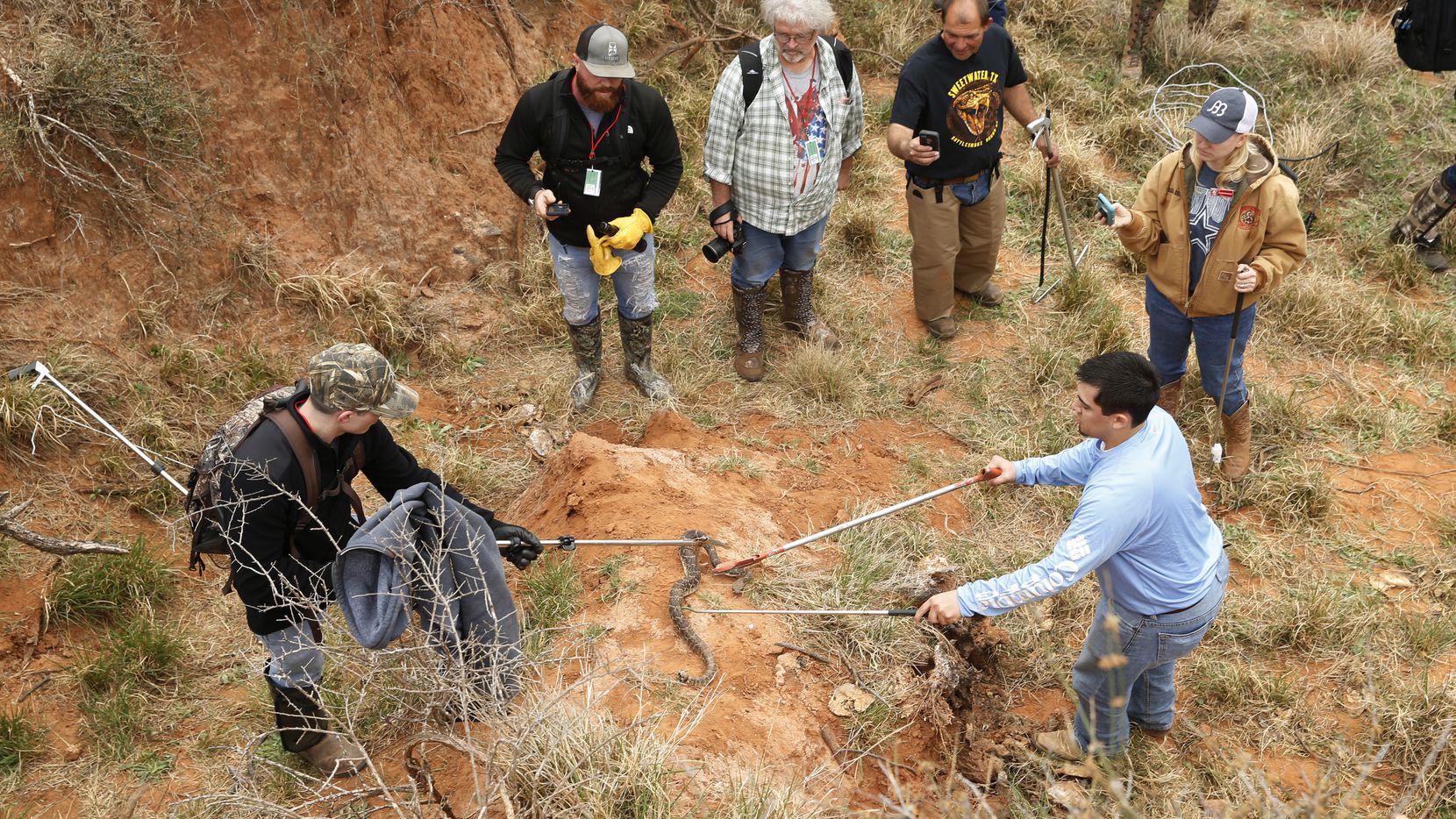 Each year in Texas, thousands of rattlesnakes are gassed, starved, and killed for entertainment.

This event, known as the Sweetwater Rattlesnake Roundup, is a gathering place to slaughter snakes.

Held in Sweetwater, Texas, a town of 10,500 residents, the roundup brings 25,000 visitors to Sweetwater.

About 4,000 snakes are rounded up each year and killed.

“It was a really difficult thing to witness,” says Melissa Amarello, co-founder of Advocates for Snake Preservation, in a Sierra Club article.

“Snakes feel pain. They have emotions. They have relationships with other snakes.”

In various events held during the roundup, rattlesnake hunters gas snakes from their dens to bring them into the arena.

The snakes are then stuffed into cages while they wait to be used for entertainment.

The snakes are skinned and eaten, but many are sold as well.

According to Express News, “Almost every part has a buyer.

While venom prices are depressed, rattlesnake gall bladders go for $5 each for the Asian market.

Fresh skins go for $5 a foot. Heads too are sold.”

You can sign this petition to help stop this festival! End the Rattlesnake Roundup:

This article was first published by OneGreenPlanet on 29 March 2021. Lead Image: Participants watch as a rattlesnakes is pulled from a pit during a hunt during the Sweetwater Rattlesnake Roundup in Sweetwater, Texas on March 10, 2017. (Nathan Hunsinger/The Dallas Morning News).