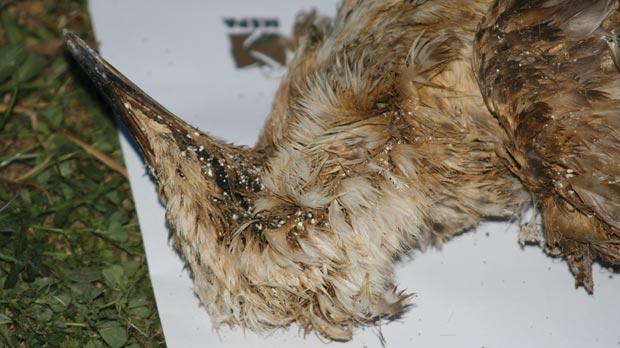 Carcasses of 14 protected gulls have been discovered in an underground chamber at Selmun, Birdlife Malta said yesterday. Their remains were found in a section of war fortifications overlooking St Paul’s Islands on Thursday afternoon.

The 13 Yellow-legged Gulls and one Black-headed Gull were in an advanced stage of decomposition, the most recent having been dead since winter. The police’s Administrative Law Enforcement unit and the planning authority’s enforcement officers confirmed the report.

Last December, Birdlife submitted a report to ALE claiming a poacher had shot down at least three Yellow-legged Gulls. A member of the public photographed a hunter using an illegal gull decoy to attract birds to his hunting area in the same location as the bird tomb found this week.

Nicholas Barbara, Birdlife’s Conservation and Policy Officer, said: “In addition to the find of dead gulls in Selmun, Birdlife has seven shot protected birds in the first eight days of the spring hunting season. So far these include two Common Cuckoos, a Golden Oriole, a Bee-eater, a Hoopoe, a Common Kestrel and a Marsh Harrier, all with verified gunshot injuries.

Birdlife’s Spring Watch teams have also observed numerous protected migratory birds in flight over Malta suffering from injuries consistent with shotgun wounds, as well as witnessing protected birds being targeted by hunters. These include an Osprey, Marsh Harriers, Kestrels, Swifts and Bee-eaters. Birdlife and the Committee Against Bird Slaughter recorded more than 751 illegalities during last year’s spring hunting derogation.

This article was written and publsihed by the Times of Malta