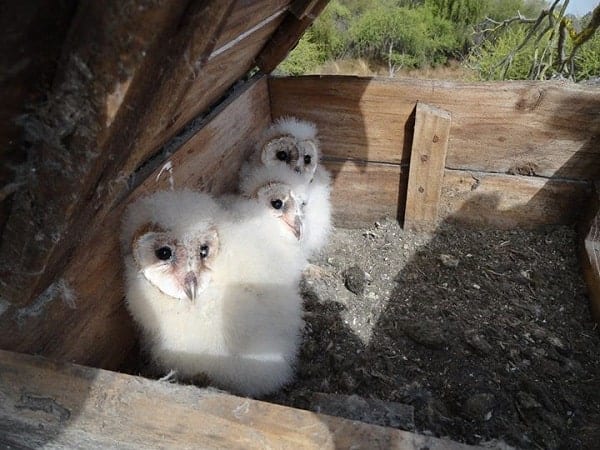 The nocturnal birds are predators of the long-tailed pygmy rice rat, carriers of the contagious disease which has killed 15 since February. In a summer which has seen the deadliest outbreak of hantavirus in five years, the National Forestry Service (Conaf) is looking to ramp up the deployment of one of its most unusual weapons against the annual threat — owls.

The disease is transmitted to humans via contact with the long-tailed pygmy rice rat, or “colilargo,” which converge en masse in the open during summer months due to the blooming of native bamboo and were driven into urban areas over the last few months after a wave of devastating fires.

Conaf said it would increase efforts to encourage population growth in the Chilean white owl and Magellanic horned owl (Tucúquere) — whose diets consist almost exclusively of rodents — in a press release issued Monday.

Conaf first began studying the effectiveness of the owls in controlling colilargo populations in 2002 alongside the Valdivia Center of Agricultural Studies (CEA).

Researchers built installations to provide safe, comfortable places to nest and breed for the nocturnal predators at the Reserva Nacional Lagos Peñuelas, southeast of Valparaíso.

Administrator of the reserve Aldo Valdivia Ahumada told The Santiago Times the installations, which are simple wooden boxes, house an average of three owls a piece.

Ahumada called the owls “great biological regulators,” adding that they are far more sustainable than pesticides or poisons. But Ahumada said the birds would have to overcome old superstitions before becoming the front-line in the fight against Hantavirus.

“If an owl hooted [near a house], it used to mean that someone would die in that house,” he said. “But in reality it is the opposite — the owls are actually protecting homes.”

According to Ahumada, there are a total of 36 installations located on the reserve’s 22,850 acres.

Conaf is calling on public and private sector officials to visit the reserve to learn how best to utilize similar installations, given this year’s deadly outbreak.

The Health Ministry is also looking at the role other natural predators can play in containing future outbreaks — calling on landowners to end the practice of exterminating species such as snakes, foxes and wildcats.

In January, Health Minister Jaime Mañalich placed four of the country’s regions on health alert, including Valparaíso, Maule, Araucanía and the Metropolitan Region. The alert is to remain in effect until Feb. 28.

Symptoms of Hantavirus are flu-like and include fever, headache, nausea, vomiting, diarrhea and difficulty breathing. There is risk of death when the disease develops into Hantavirus Pulmonary Syndrome.

People experiencing these symptoms are advised to seek medical attention immediately, as early detection is vital to full recovery.

According to the most recent figures from the Health Ministry published Saturday, there have been 36 confirmed cases of Hantavirus since September, with 15 fatalities.

This article was written by Ivan Vargas for the Santiago Times.