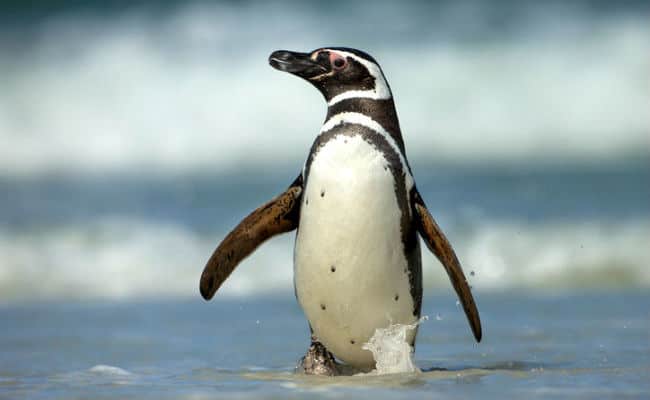 A mining operation that could have earned Chile billions of dollars has been rejected by the country’s government due to concerns over its potential impact on wildlife — threatened penguins, in particular.

Chilean company Andes Iron had put forward a proposal to extract millions of tons of iron and copper from the Coquimbo region in the north of the country.

While the local economy would have benefited –Andes Iron vowed to create a new port to transport extracted ore –environmental advocates were quick to oppose the Dominga project. Critics cited several possible issues, but chiefly that the region earmarked for extraction is perilously close to Chile’s Humboldt Penguin Reserve.

The Humboldt population has faced several population pressures, including human encroachment, overfishing and El Nino. While relatively recent conservation efforts have helped the Humboldt, penguin numbers have plummeted, and they remain a species of concern. The population stands between2,500 to 9,999 animals, but those numbers are still decreasing annually.

During a drawn-out evaluation of the Dominga project, environmental ministers carefully weighed the billion dollar profit opportunities against the possible threats to surrounding wildlife. And they came down on the side of the conservation.

Environment Minister Marcelo Mena explained, “I firmly believe in development, but it cannot be at the cost of our environmental heritage or cause risk to health, or to unique ecological areas in the world.”

Of course, Chile has built a reputation as one of the world’s leading mining nations, but over the past ten years public consensus has shifted considerably. And environmental concerns — particularly how mining operations can harm large swathes of wildlife and habitat unless carefully controlled — have become more prominent.

In this case, ministers believed that Andes Iron had not established proper safeguards to ensure that the mining operation would limit damage and protect the wider environment from activity-linked pollution. In particular, Mena charged that the compensation mechanisms offered by the Dominga project were insufficient.

Fourteen separate agencies evaluated the proposal, but the Environment minister concluded that the technical aspects of the project made it unworkable if the government wishes to continue to protect the environment.

But Andes Iron has said that it will not accept this defeat easily.

CEO Ivan Garrido claims that the decision is “politically motivated” and has vowed an appeal:

Garrido appears to allude to the fact that Chile’s former president Sebastian Pinera had favored the mining operation. And the time, as well as during Pinera’s first term in government, some of his own family members were shareholders.

However, the political landscape has changed since then, and the project seems to have fallen from favor. Pinera staunchly denies the charge that there was any partiality to these proceedings.

Others allege that current President Michelle Bachelet owns “scenic land” close to the development site and opposes the project for that reason. Bahcelet has similarly denied trying to influence this decision making process.

Regardless, the project was first rejected back in March when the environmental commission, citing several concerns, sent the proposal to a committee of so-called special ministers. This triggered a deeper review, which also resulted in the project being rejected.

Andes Iron seems to suggest that the administration has blocked the permits based on its own political and personal reasoning, but ministers insist that the paper trail for its environmental concerns is extensive and that expert opinions were sought on potential environmental impacts.

Ultimately, whatever the reasoning behind the rejection of mining operations, this decision represents a win for threatened Humboldt penguins. Hopefully, any future legal appeals will consider the high cost to the environment and to Chile’s tourism industry should it lose such an iconic species.