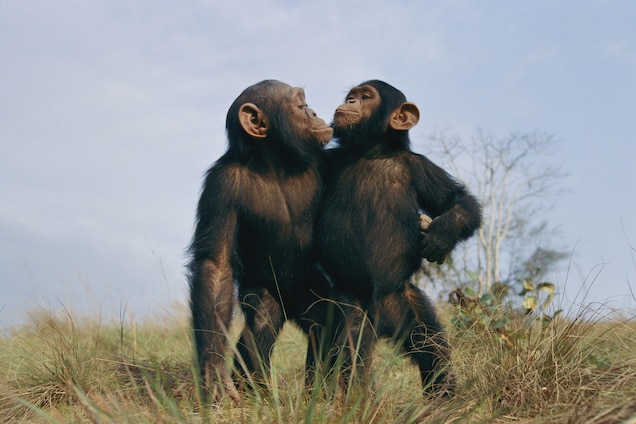 All chimpanzees are now listed as endangered by the United States, a ruling meant to better protect those apes in captivity, the government announced Friday.

The decision, which goes into effect September 14, follows a 2013 proposal by the U.S. Fish and Wildlife Service to toss out the legal distinction between wild and captive chimpanzees.

The only “split listing” in the agency’s history, this was an attempt to encourage captive breeding of chimpanzees and thus reduce incentives to capture the great apes in their African habitats, Dan Ashe, director of the USFWS, said Friday in a press conference.

However, “what we actually did was expand a culture and an attitude of treating these animals as commodities for research or sale… and for entertainment,” he says.

“We believe that has undermined the conservation of chimpanzees in the wild. Chimpanzees [are] in danger of extinction.”

Rampant deforestation, poaching, and capture for the pet trade has decimated the wild chimpanzee population, which fell from a million animals at the turn of the century to between 172,000 to 300,000 today, according to the Jane Goodall Institute.

Famed primatologist Jane Goodall said at the press conference that she initially supported the split listing, because it was believed chimpanzees were necessary for HIV/AIDS research at that time.

“There was huge opposition from [the] medical-research establishment, and it just seemed to me that the chimps in Africa needed so much protection, let’s at least get them protected, and then we’ll continue to fight for the chimpanzees in captivity,” says Goodall, a National Geographic explorer.

Watch: Jane Goodall has taught the world more about chimpanzees than anyone else in the world. Her dream to study our closest relatives began in 1960 in Gombe Park, Tanzania, and she continues her work to save them today.

The new ruling has major implications for captive apes, although the regulations do not restrict private ownership—for instance as pets.

For example, anyone who imports or exports chimpanzees from the United States, or buys or sells animals between U.S. states, will need a permit.

The agency will issue permits for the scientific use of chimpanzees only if it benefits the survival of wild chimpanzees. That means biomedical research using chimpanzee subjects will be limited. Transport of chimpanzee blood and tissue will also require a permit.

In June 2013, The Humane Society partnered with the National Institutes of Health to retire 310 of the 730 research chimps in the U.S. As of February, only six have left the government-research facilities, while 24 chimpanzees died waiting. Part of the reason is there just aren’t homes for them.

There are two primary chimpanzee sanctuaries in the United States: Save the Chimps in Fort Pierce, Florida, and Chimp Haven in Shreveport, Louisiana, both of which are filled to capacity.

Wayne Pacelle, president and CEO of The Humane Society, said at the press conference that there aren’t enough funds to support refuges for retired chimps.

“This is where the primate organizations and the NIH and Congress really need to collaborate to provide funding and… a place for these chimpanzees, who’ve served humanity in involuntary ways,” he said.