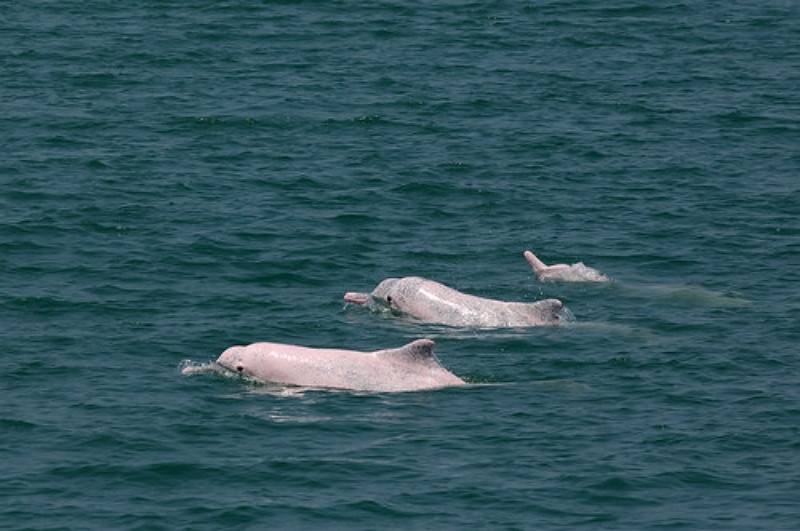 TAIPEI (Taiwan News) — China’s handling of wildlife has again sparked controversy, with the latest example being a state-affiliated science organization listing the Indo-Pacific humpback dolphin as a source of medicine.

A Chinese netizen on Monday (April 20) shared a photo of a document on the science news platform Guokr, originally from the National Natural Science Foundation, an organization under the auspices of China’s State Council. The document details projects that it will channel funds to in 2020, including Chinese white dolphins as a marine resource that will be tapped to further China’s medicinal research.

According to the directive, the foundation will fund reproduction of the dolphin species for medicinal purposes. The mammals inhabit the coastal waters of the western Pacific and eastern Indian Oceans.

The netizen lashed out at what he called the absurd decision to target Chinese white dolphins for research, saying it’s a vulnerable species, not viable for artificial breeding, and will pose health risks to humans if consumed.

The meat and organs of the animal could contain high levels of heavy metals and organic pollutants, he suggested.

Chinese media The Cover sought a comment from the National Natural Science Foundation, only to receive a reply via telephone that the “issue was noted and would be reported.” The document has since been withdrawn.

China has come under fire for its consumption and commercial use of wildlife, which is blamed for being a possible cause of the deadly Wuhan virus pandemic and the 2002-2003 SARS epidemic. The country announced a temporary ban on the trade of wild animals in January.

The Frog Reproduction Council of the China Wildlife Conservation Association was ordered to cease operations in February after it posted a controversial article opposing the authorities’ decision to prohibit wildlife trade.

It claimed that, “Humankind’s yearning for wildlife products has never been satisfied,” and, “In some way, it has become a sort of ‘rigid demand.’”

This article was first published by The Taiwan News on 22 April 2020.