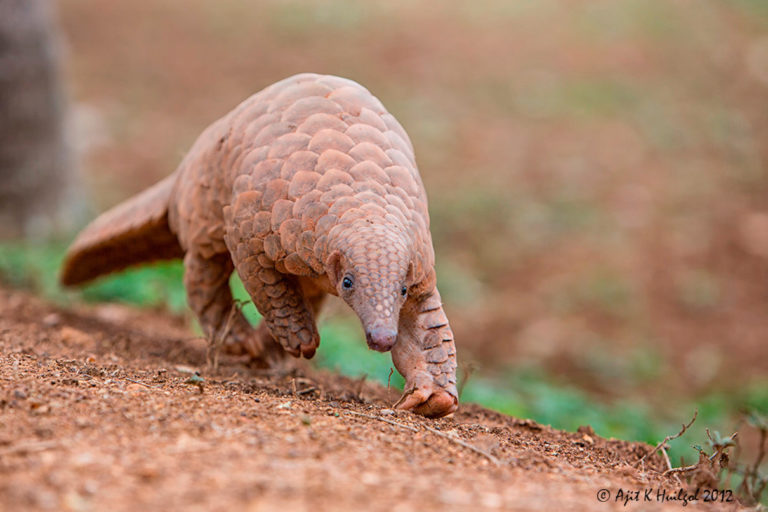 Pangolin scales — armor-like, keratin-based plates that cover a pangolin’s body — are still being used in medicines sold and produced by Chinese companies, a new report has found. This is being done despite the Chinese government banning pangolin scales from the official list of approved ingredients in traditional Chinese medicine (TCM), and even giving the highest level of national protection to three species — the Chinese (Manis pentadactyla), Sunda (M. javanica) and Indian (M. crassicaudata) pangolins — back in June.

In the days following the pangolin scale ban, the Environmental Investigation Agency (EIA), a London-based nonprofit, reported that pangolin scales were still present in eight patent medicines in China’s 2020 pharmacopoeia, a reference book for TCM practitioners, although scales had been removed from the list of raw ingredients. On Oct. 13, EIA released a new report that expands upon these earlier findings.

It reveals that 56 Chinese companies are actively producing and advertising 64 medicines containing pangolin scales, and that a further 165 companies and 713 hospitals are currently licensed to manufacture and sell these products.

One company selling pangolin-based medicine is China Beijing Tong Ren Tang Group Co. Ltd., the country’s largest TCM pharmaceutical company, which has subsidiaries in many parts of the world, as well as shareholders from major European and U.S. investment funds, the report says.

Many of these pangolin-based products are available for sale on the various companies’ websites, as well as e-commerce platforms such as eBay, according to the report.

“This is further evidence that China is maintaining its legal market, and that pharmaceutical companies are able to sell these products,” Chris Hamley, senior pangolin campaigner at EIA, told Mongabay. “The trade has not been banned.”

“While the yinpian — the semi-processed scale — had been removed from coverage, actually five [medicines containing pangolin scales] are remaining on there,” Hamley said. “Four of those remained on the list that had been published … in 2017, and a new one was actually added in 2019. It’s almost the opposite of what was widely believed to have been the case … it shows that the Chinese government is endorsing use of pangolin scales and stimulating demand by actually paying for TCM consumers in China to use pangolin scale medications.”

However, the China Biodiversity Conservation and Green Development Foundation (CBCGDF), an environmental nonprofit that has helped facilitate protective measures for pangolins in China, says the removal of yinpian from national insurance coverage was still a positive move.

“This is a big progress as it gives a heavy blow to the pangolin scale market which now is severely limited and even stopped by this newly announced decision on shrinking the medicine insurance coverage,” Cyan Wang, international coordinator of CBCGDF, told Mongabay in an emailed statement. “In addition, the market TCM with the ingredients of pangolin and its parts is further influenced. A … [lot of] progress [has been made] in the reduction and even eradication of the usage of pangolin in medicine is foreseeable.”

She added that the national insurance scheme has rolled out new interim measures that will place further restrictions on pangolin scale medications, forbidding any medicines containing parts of endangered or rare wildlife.

Pharmaceutical companies and hospitals wishing to produce pangolin-based medication are only able to source scales from government-registered stockpiles, Hamley said. While there are some regulations on how these stockpiles are managed, the legal origin does not need to be verified, according to the EIA report.

“The Chinese Government claims its wildlife product traceability scheme ensures pangolin scales used in approved medicines originate only from old verified stockpiles, but there is a mismatch between availability and demand,” the report says. “Lacking traceability and transparency, the regulatory system has pervasive opportunities for laundering pangolin scales illegally sourced from throughout Asia and Africa.”

Wang says the current stockpile management system does have its pitfalls, but that illegally sourced pangolin scales could be stamped out with stricter recording efforts, DNA testing, and harsher penalties for those involved in the illegal trade.

All eight species of pangolins are protected under CITES Appendix I, which prohibits trade except in exceptional circumstances, but this regulation does not forbid domestic trade within China itself.

A recent report by the Washington, D.C.-based Center For Advanced Defense (C4ADS) found that the international pangolin trade is growing at a rapid rate. Between 2015 and 2019, the report says, 253 metric tons of pangolin scales were confiscated, and the annual amount of pangolin scales seized had increased by almost 400%.

While the EIA report suggests that the pangolin trade is persisting in China, and that any regulatory measures have so far been ineffective, the team at CBCGDF says there has still been major progress in pangolin conservation in China.

“We hold the positive attitude that the global pangolin smuggling trade will encounter a major turning point and greatly decrease,” Wang said. “Facts will prove that our estimation is reasonable.”