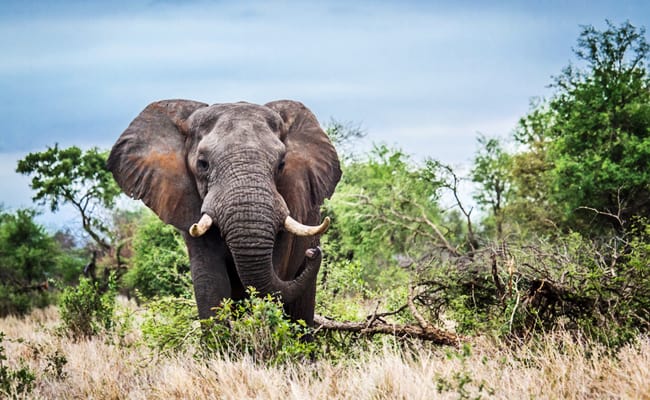 It’s estimated that 96 elephants are killed each day by poachers for nothing more than their tusks. But conservationists are starting the new year with renewed hope for the future of elephants following the official closure of China’s legal trade in ivory.

The number of elephants who are senselessly killed is astounding, but that doesn’tcover the heartbreaking losses these social animals suffer when their family members die, or the impact their continued disappearance will have on ecosystems.

With the exception of two government sales held in 1999 and 2008, the international trade in ivory has been banned since 1989, but the growing demand from Asian countries has led to dangerously high levels of poaching that continue to threaten elephant populations. Some also believe the two sales held have contributed to the problem by creating confusion among consumers, and allowing criminals to sneak illegal ivory into the market.

While international efforts are underway to tackle the problem, many conservationists continue to argue that the only chance elephants have now is the closure of all markets for ivory. It’s an idea that was upheld last October at the 17th meeting of the Conference of the Parties to the Convention on International Trade in Endangered Species of Wild Fauna and Flora, where experts recommended the closure of domestic ivory markets that are “contributing to poaching or illegal trade.”

Following a landmark announcement agreeing to near-total bans on ivory made by Chinese President Xi Jinping and former U.S. President Barack Obama in 2015, the legal trade of ivory in China officially ended on December 31.

With one of the largest markets for ivory in the world, the closure of the country’s ivory carving factories and retailers is expected to have a major positive impact for elephants.

“Decades from now, we may point back to this as one of the most important days in the history of elephant conservation. China has followed through on a great promise it made to the world, offering hope for the future of elephants,” said Ginette Hemley, senior vice president of the World Wildlife Fund.

Now, China will be working to implement the ban, and increase public awareness about it. While the implementation of the ban is being widely celebrated, conservationists are continuing to encourage other nations to take a similar step to protect elephants.

“The closure of China’s ivory market is a historic milestone in the effort to save elephants. When China, the world’s largest ivory market and a country that once designated ivory carving as an intangible cultural tradition, resoundingly rejects the ivory trade, other countries have no excuse for dragging their feet on banning this pernicious trade. That said, China alone cannot solve the poaching and ivory trafficking epidemic that is putting elephant populations in danger. Remaining countries with significant ivory markets, such as the UK, EU and Japan, should take similar actions so that their markets do not provide a cover for illicit ivory and perpetuate demand for ivory,” said Iris Ho, wildlife program manager of Humane Society International.

Hopefully growing awareness about this violent trade and its impact on elephants will help increase public pressure on countries with ivory markets to help close them down for good.