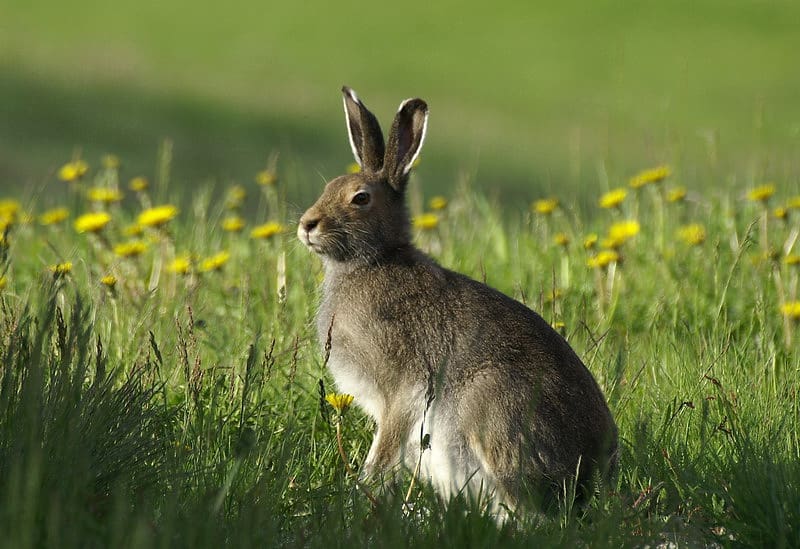 It’s well known that gamekeepers do their best to stop predators – like eagles, foxes, kites and others – from eating valuable game birds. Every grouse or pheasant is worth around £30-40 to an estate.

But what is recently beginning to emerge is the extent to which gamekeepers in Scotland are persecuting mountain hares. There have long been suspicions in conservation and animal welfare circles in Scotland that too little was being done by authorities to halt the persecution of mountain hares.

However, for the first time in recent days, hard evidence has been produced by Dr Adam Watson, a respected ecologist who has written a book on mammals in the Highlands of Scotland. His findings, including that hares are being virtually eradicated in some parts of the North East, have been covered in the Herald newspaper and elsewhere.

A SNH survey has also confirmed that thousands of hares are being killed every year on sporting estates in Scotland. However, some of the most shocking evidence has come to light on the Raptor Persecution Scotland blog, which recently carried a pictures of countless hare corpses, their poor bodies piled and dumped like so much rubbish.

Why? Well, some hares are shot of for sport, and others to protect crops. However, the vast majority of hares are killed to protect driven bird shooting.

For everyone else, it’s difficult to understand why such gentle creatures are being killed in such massive numbers to so an elite can blast away at game birds.

The Scottish Government recently introduced a closed season on mountain hares, but that is not enough to stop the wholesale slaughter. It must halt hare killing on grouse moors until the true scale of the hare population has been established, and refuse to allow any more hare culling to protect game birds.

This article was written by Jennifer for the League Against Cruel Sports.