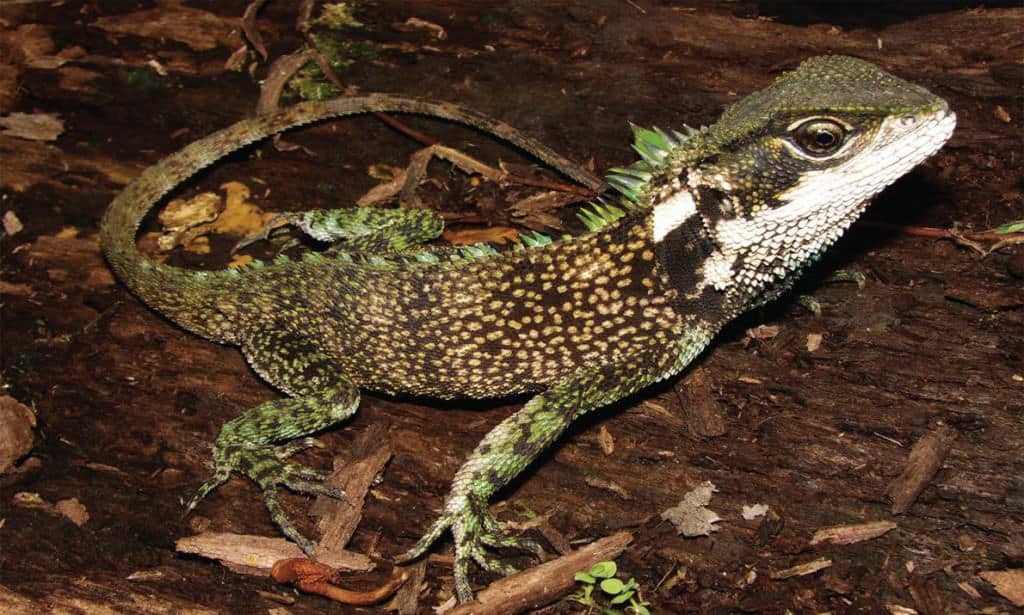 Attention Game of Thrones: Three new species of “dwarf dragon” have been discovered in Peru and Ecuador, a new study says.

Due to political unrest in Ecuador, it took nearly a decade for scientists to identify the reptiles, which are commonly called wood lizards.

Wood lizards—which resemble miniature versions of mythical dragons—are among the largest and most colorful lizards in South American forests, making their discovery even more notable, according to scientists.

The study, published April 6 in the journal ZooKeys, brings the total number of wood lizard species to 15. That’s nearly twice the number of species known in 2006—giving this group of South American reptiles one of the fastest discovery rates of the past decade.

“I am a very lucky guy,” said study leader Omar Torres-Carvajal, curator of reptiles at the Museo de Zoología QCAZ at the Catholic University of Ecuador in Quito. A prolific discoverer of wood lizards, Torres-Carvajal is also a research collaborator with the Smithsonian Institute’s National Museum of Natural History.

“As I became more expert in the group, it became easier for me to suspect that something’s weird or new.”

Lizard of a Different Color

Scientists spotted the first new species, E. altotambo, in November 2005 in the northern Ecuadoran village of Alto Tambo (map). Bright green and black with smooth scales along most of its nearly five-inch-long (13-centimeter) body, the animal looked just like a related species, E. oshaughnessyi, which has been known since 1881.

But when the team brought the reptile to their lab at the Museo de Zoología, they noticed one major difference: This new lizard had brown eyes, with golden rings around the pupils. E. oshaughnessyi has bright red eyes.

They also noted that the scales of the Alto Tambo are smoother than those of E. oshaughnessyi.

One specimen is hardly enough to confirm a discovery, so they decided to wait until they found another specimen. That took five years, because the lizards come from a region of Ecuador that isn’t considered safe for scientists to conduct field research.

“These guys are usually more abundant. The reason we didn’t find more is that we didn’t actually look,” Torres-Carvajal explained.

“We just were too scared to go and look for more.”

“This Is Something New”

Then in 2014, field researchers working along the border of Ecuador and Peru found a large group of wood lizards with distinctly white throats.

The lizards also had spiked scales and dark spots scattered all over their bodies, in combinations that differ from those in related species.

“I’m looking at them saying, ‘This is something new, because it has a combination of traits that I’ve never seen before.’ It was almost immediate—immediate and very exciting,” he said of their identification.

Taxonomist Pablo Venegas, who consults with the Ecuadoran museum but is based at the Center for Ornithology and Biodiversity in Lima, Peru, recognized the white throat scales from wood lizards he had first seen in northern Peru in 2003 and again in 2008.

As they continued examining other lizards Venegas had collected, the international team recognized a third new species, E. sophiarothschildae.

This reptile also has a white throat, as well as a splash of black and turquoise scales.

That’s not the end of the story. Torres-Carvajal predicts that in southern Ecuador and northern Peru, many more mini-dragons are waiting in the wings.

This article was first published by National Geographic on 06 Apr 2015.