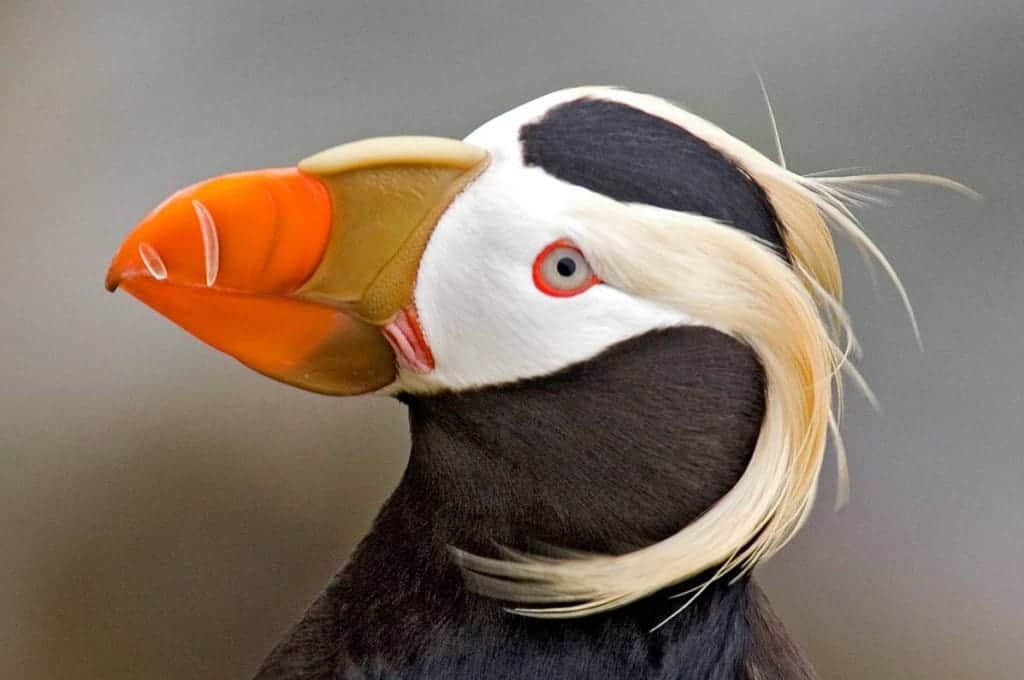 Oil spills, fishing nets and collapsing forage fish populations due to warming sea surface temperatures are decimating tufted puffins and could lead to the disappearance of one of the most photogenic seabirds in the United States south of Alaska.

The situation has become dire enough for the Natural Resources Defense Council on Wednesday to file a petition with the U.S. Fish and Wildlife Service to have tufted puffins listed as endangered or threatened under the federal Endangered Species Act in California, Oregon and Washington, where only about 4,000 remain in scattered colonies.

“The tufted puffin populations in these three states are roughly 10% to 15% of what they were just three decades ago,” Brad Sewell, a senior attorney with the NRDC, said in an interview. “In California alone, there are just a few hundred of them left, mostly on islands near San Francisco and north to Oregon.

“The most significant cause is a reduction in small prey fish – sardines, herring, anchovies — around their nesting colonies,” he said, “which has been linked with reproduction success.”

With white faces, red eye rings, bright orange bills, red feet, pale yellow plumes that curve backward and a low, sonorous growling call, tufted puffins are known as clowns of the sea. The gregarious and long-lived birds breed on rocky islands and coastal mainlands. About 15 inches in length, they belong to the auk family and lay their eggs in earthen burrows two to seven feet long.

Tufted puffins breed in the United States, Canada, Russia and Japan. The vast majority now breed in the northern portions of that range, with drastic declines seen in the U.S. south of Alaska, a region which hosts a distinct population segment, the petition says.

“Puffins demonstrate natal fidelity in that they return to same place they were born, and use the same nests,” Sewell said. “As a result, they end up being genetically distinct” in breeding grounds throughout their range.

The loss of this southernmost population would result in a significant gap in the species’ range and genetic diversity, the petition says, and could “lead to considerably higher vulnerability to extinction for the species as a whole.”

The Fish and Wildlife Service has 90 days to issue a preliminary finding on whether or not the petition provides enough information to demonstrate that a listing may be warranted. If so, the agency has 12 months to issue a final determination on the issue.

Two breeding pairs of tufted puffins at the Aquarium of the Pacific in Long Beach have been attracting adoring crowds since the facility opened in 1998. They are part of a nationwide captive breeding program.

“Visitors love them because they are so big, colorful and kind of comical,” Rob Mortensen, assistant curator  at the aquarium, said. “They have fascinating head movements, and use their wings to ‘fly’ under water. They also seem to like porpoising in and out of their swimming area.”

Added Mortensen, “It’s hard to say whether or not they are playing, but it certainly looks that way.”

This article was written by Louis Sahagun for the Los Angeles Times.

There appear a number of problems that are decimating the numbers of this most beautiful and charismatic bird, surely more than enough for them to be listed as endangered.