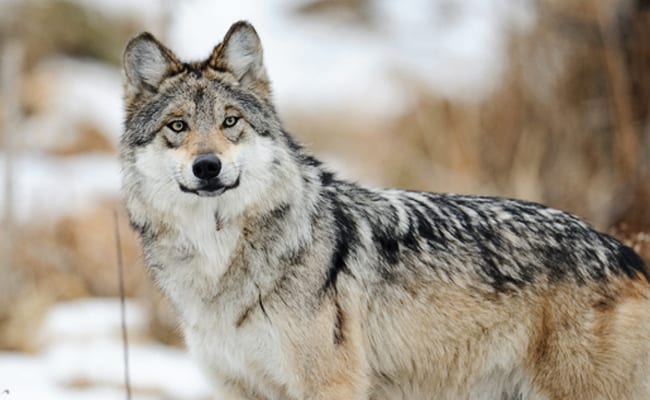 The U.S. Fish and Wildlife Service (FWS) has finally released its long awaited recovery plan for Mexican wolves, but conservationists believe it’s so flawed it will doom them to extinction in the wild.

Mexican wolves once roamed vast portions of the Southwest and Mexico, but were persecuted so harshly they were essentially eradicated by the 1900s. In 1976 they were listed as an endangered species and bi-national recovery efforts began.

In the late 1970s five wolves were captured and used to start a captive breeding program in an effort to help them. The first 11 were released in in the Blue Range Wolf Recovery Area in Arizona in 1998, but even after decades of protection, their survival is still far from secure. There are now estimated to be only 113 in the wild who can only be found in the Blue Range area of eastern Arizona and western New Mexico, and they’re considered one of the most endangered mammals in North America.

Unfortunately, the few in the wild still remain vulnerable to a host of problems ranging from a serious lack of genetic diversity, diseases and natural disasters to being killed by humans. Their recovery is also being hampered by the fact that they aren’t allowed to venture to new areas, even though they would likely thrive if they could expand and establish themselves in places that would be suitable for them in New Mexico, Arizona, southern Utah, southern Colorado and Texas.

Conservationists have been advocating for measures that will help them rebound in the southwest for years, but they’ve faced opposition and the FWS has continued to fail to come up with an actual recovery plan, which it’s required to do under the Endangered Species Act …until now.

In November, the agency finally released a recovery plan, but it’s been harshly criticized for disregarding the best available science, and the will of tens of thousands of people who spoke out in support of Mexican wolves. In response, a coalition of conservation organizations are suing to fix it.

According to the groups, the best available science shows Mexican wolf recovery requires at least three connected populations totaling approximately 750 individuals – which was supported by the FWS’ own recovery team years ago – more reintroductions to improve genetic health, and the establishment of at least two additional populations in the southern Rockies and the Grand Canyon region.

Instead, the plan set the population goal at about half of what is needed to ensure their survival, fails to establish additional populations, doesn’t provide for more releases, fails to ensure genetic diversity, and puts a lot of pressure on Mexico to help them, where they’re not likely to thrive.

“Mexican wolves urgently need more room to roam, protection from killing, and more releases of wolves into the wild to improve genetic diversity, but the Mexican wolf recovery plan provides none of these things,” said Earthjustice attorney Elizabeth Forsyth, who is representing the groups. “The wolves will face an ongoing threat to their survival unless major changes are made.”

Still more concerning are the ongoing legislative assaults on Mexican wolves. Arizona Senator Jeff Flake recently introduced a bill (S. 2277) that would strip them of endangered species protection if the FWS finds there are more than 100 wolves in the Blue Range Recovery Area. It’s a goal that’s already been hit, and conservationists fear this low threshold would doom them to extinction.

Hopefully the lawsuit will result in a meaningful recovery plan that will ensure Mexican wolves remain part of the landscape in the southwest, and enough public pressure will stop any further attacks on efforts to help them recover.

You can show your support for Mexican wolves by signing and sharing the petition urging Congress not to pass Flake’s disastrous bill, or any other legislation that would hinder their recovery.