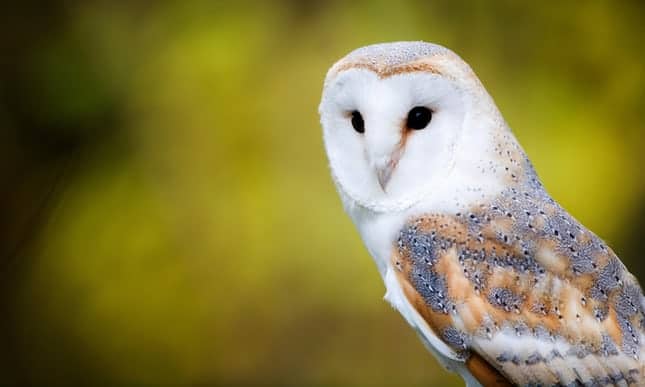 It was on Boxing Day that the two boys found her. A flash of cream among field rushes, she had a wing caught in a fence and was flapping wildly to break free. A female barn owl. They carried her to a garden shed, leaving water and a pheasant carcass from which she ate.

Clearly hungry, she must have been trapped for some time. With no obvious sign of wound, they followed the video on the Barn Owl Trust website on how to check for injuries.

I put them in touch with Tim Wylie who cares for and rehabilitates raptors. Meeting at dusk at the farm, we peered through the cobwebbed windows of the shed as Tim examined her.

With her feet held away from his chest, he moved his hands slowly over breastbone and stomach to see if she was underfed. Spreading the wings, one at a time, he felt along the bones and joints, then legs, head and eyes.

There was a swelling on one wing, though not a break. Taking her away in a cat basket, he had her x-rayed at the vets’ the next day. With no obvious fracture, she was put on anti-inflammatories and kept in a quiet pen where Tim said she could stay hidden away to recover.

I thought of her often, hidden away, shrinking into the shadows as she healed. Her tail became battered from pressing herself into a corner of the box. Tim kept contact with her to a minimum, except for a daily massage to loosen and stretch her wing. It took three months, but gradually the wing became stronger, until he could leave day-old chicks in different parts of the pen, forcing her to fly to eat them. Barn owls can starve in snowy winters; it may be that the injury saved her life.

We all met on a calm, warm evening near where she had been found. The field is a good hunting ground, next to a dene with thickets of hawthorn. Tim took her from the box, held her legs to the ground for a moment, then let go. On pale wings, off she flew, skimming the trees to vanish into the blue air of the valley.

This article was first published by The Guardian on 11 May 2018.