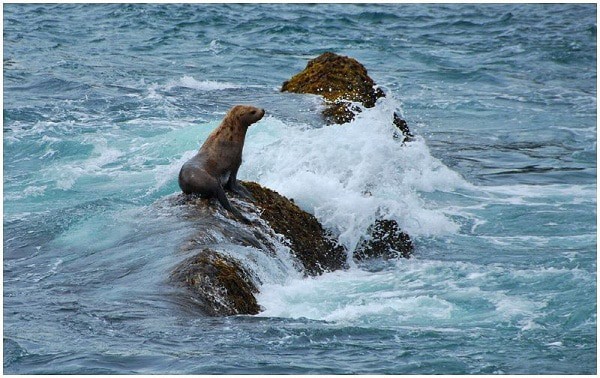 We’re pleased to share with you that yesterday the Ninth Circuit Court of Appeals upheld necessary protections for the endangered Western Population of Steller sea lions, recognizing that this threatened population still needs protection from industrial fishing.

The protections, originally established in 2010 by the National Marine Fisheries Service (NMFS), were designed to reduce competition for fish between large-scale commercial fisheries and endangered Steller sea lions. With this victory, Oceana and Greenpeace, represented by Earthjustice, successfully defended these 2010 regulations against legal attacks from the Seattle-based fishing industry and the Alaskan state government, which had appealed an earlier decision supporting the protections.

“Today’s decision is a victory for healthy oceans,” said Susan Murray, Oceana’s Deputy Vice President, Pacific, “Steller sea lions in the Aleutian Islands have had a tough history, from being shot for sport to fisheries taking their food. We stopped shooting but continued to take their food. It is no surprise the animals aren’t recovering, and our government had no choice but to place limits on fishing for important prey species. Hopefully the state and the fishing industry will stop fighting the law and science and help us move forward toward better management for our ocean resources.”

The Western Population of Steller sea lions has declined by more than 80 percent, and sharp declines continue, particularly in the western Aleutian Islands. It has been more than 20 years since this population of sea lions was first protected under the Endangered Species Act, with steps taken over two decades to reduce competition with fisheries. Unfortunately, however, in places with the least protection, such as the western Aleutian Islands, the Steller sea lions continue to decline in number, and the population is not recovering as a whole.

“The solution to recovering the Steller sea lion population is not more industrial fishing for important prey species,” said Jon Warrenchuk, Oceana’s Senior Scientist and Campaign Manager. “The Steller sea lion is still facing a slow road to recovery, and the Aleutian Islands are key to their survival.”

The industrial fisheries in Alaska have a substantial impact on the health of our oceans and the creatures in it, and place unnatural stress on the marine ecosystem by removing billions of pounds of fish from the food web every year. Factory trawl and longline vessels capture huge amounts of prey, including Atka mackerel, Pacific cod, and pollock, that would otherwise be available as food for other animals like Steller sea lions. By upholding protections for this distinct population of Stellar sea lions, the U.S. Court of Appeals has given hope to the recovery of this species, although much work is still necessary to restore this population to healthy numbers.