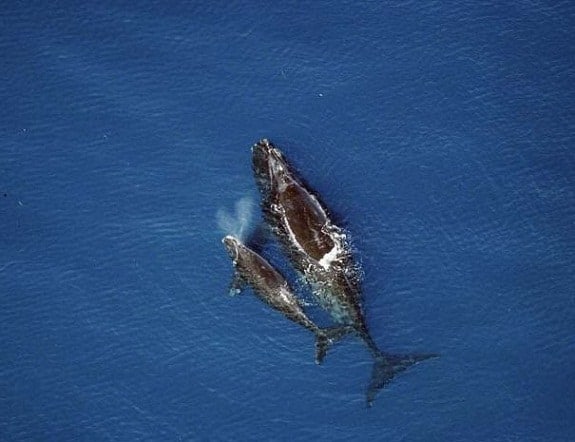 It’s not often that a government delay is cause for celebration, but this time the oceans caught a break. After campaigning by Oceana and our allies, the Department of the Interior decided to postpone their decision on whether to allow seismic airgun use off the Atlantic coast until next March.

This is the third time Oceana has successfully delayed the decision, allowing us the chance to build opposition and to urge more lawmakers to protect marine mammals by opposing testing. It also gives the National Oceanic and Atmospheric Administration time to update its outdated standards for the level of noise that is harmful to sea life.

The oil and gas industry uses seismic airguns to find deposits beneath the ocean floor. Towed behind boats, these guns shoot blasts of compressed air through the water every 10 to 15 seconds, and the reflected sound waves create a geologic map. But these blasts—which are 100,000 times more intense than the roar of a jet engine—also disorient and harm marine life.

The government’s estimates predict that seismic testing would disrupt critical behaviors like feeding, calving, and breeding for countless marine creatures. The noise will disturb threatened loggerhead sea turtles as they journey to nesting beaches to lay their eggs. At least 138,500 dolphins and whales will be injured—or possibly killed—by the deafening blasts, including the highly endangered North Atlantic right whale.

Dolphins and many whale species are social animals, relying heavily on sound to communicate while they hunt, find mates, and migrate. Temporary or permanent hearing loss from airgun blasts will condemn many marine mammals to death from starvation or stranding.

Even fisheries are at risk. Airguns displace commercial species, kill fish eggs and larvae, and lower catch rates between 40 and 80 percent, impacting the economies of seven Atlantic states.

The proposed seismic testing zone would span more than 300,000 square miles of ocean­—an area twice the size of California. Current rules ban drilling in the Atlantic until 2017, but the oil and gas industry could begin the mapping process while the ban is still in place.

Oceana will continue working to halt the use of airguns to prevent seismic testing from wreaking havoc on marine life and from shepherding in unsafe offshore oil drilling on the east coast of the United States. Our coasts—and our climate—cannot handle these ill-advised investments in unsustainable fossil fuel technologies. While we’re pleased that the government did not approve seismic testing, we encourage them to make the right choice in March: ban the use of airguns in the Atlantic and beyond.

This article was written by Andy Sharpless for Oceana.org

Any move OR no move that CAN halt further death and destruction is all welcomed.