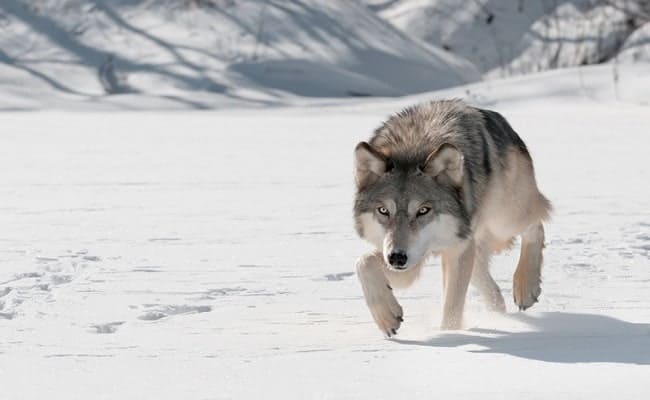 While many consider wildlife poaching to be a problem that only happens abroad, the practice often occurs closer to home.

Take Oregon, for instance. In the past two years, at least eight wolves have died of poaching or “mysterious circumstances” in the state, according to the Center for Biological Diversity.

Now, the U.S. Fish and Wildlife Service and assorted wildlife advocacy groups are banding together to catch the latest killer.

By offering a total reward of $15,000, they hope to find the poacher who killed the endangered gray wolf OR-33. A Care2 petition is also calling for local authorities to take the wolf’s death seriously.

“Poaching is a huge and growing problem in Oregon. We need everyone’s help to catch this killer,”said Defenders of Wildlife’s Quinn Read in a statement. “The U.S. Fish and Wildlife Service and conservation groups alike are working together to bring justice for OR-33, and send a message that this vile act won’t be tolerated in our state.”

As the U.S. Fish and Wildlife Service reports, someone found the wolf’s carcass with gunshot wounds this April in the Fremont-Winema National Forest, just 20 miles northwest of Klamath Falls. The case was confirmed in late October.

A number of Ashland-area residents knew OR-33 well. He killed two goats and a lamb at a nearby farm, and a hunter photographed him on a trail camera.

While other wolves kept to themselves and generally stayed away from livestock, OR-33 was different. One local media personality, Greg Roberts, compared the male to the Van Halen lead vocalist David Lee Roth.

“I’ve had eight people in Ashland say that they’ve seen him around their property,” Roberts said in June 2016. “And it’s not like we’re talking about a rural mountain town like Prospect or Butte Falls. Ashland is a large town.”

OR-33 wore a tracking collar until it stopped working in the summer of 2016.

Killing gray wolves in most of Western Oregon is a federal crime, notes NPR, violating the Endangered Species Act and state wildlife protections. It’s punishable by a year in jail and/or a $100,000 fine.

We need to take OR-33′s death seriously. Sign this Care2 petition to call on local authorities to do whatever it takes to find the poacher responsible and prosecute them to the fullest extent of the law.

America must defends all wildlife in all states. Wildlife is so important, without them all country will be so poor.

Despicable! I hope they catch whoever did it

I SIGNED .SLAUGHTER MUST STOP ONCE AND FOREVER

Focusing On Wildlife Thank you.

As long as this kind of illegal killing is allowed – the wolves will have a rough time. I hope the reward brings information that leads to the conviction of whoever is responsible. Sadly if OR-33 has been proven to kill livestock – this usually is all the excuse needed to get rid of him! If ranchers & livestock owners accept the need for non-lethal deterrents – the wolves have a much better chance.

a world without wolves, isn’t!